Like typical Anglerfish, the Melanocetus primarily uses its bioluminescent light pods to attract smaller fish and trick them into coming close enough for it to consume the prey. This often makes wild Melanocetus itself relatively easy to spot among the briny depths. Whether its size is caused by adaptation to the island’s other inhabitants, or by cross-breeding with another larger species, Melanocetus Anglerpescum is one of the largest form of Anglerfish. Additionally, a tamed Anglerfish can use the natural light at the end of its stalks to illuminate the depths for safe exploration, and the luminescent nodules can be harvested to create long-lasting fuel and organic light emplacements for surface homes, too. 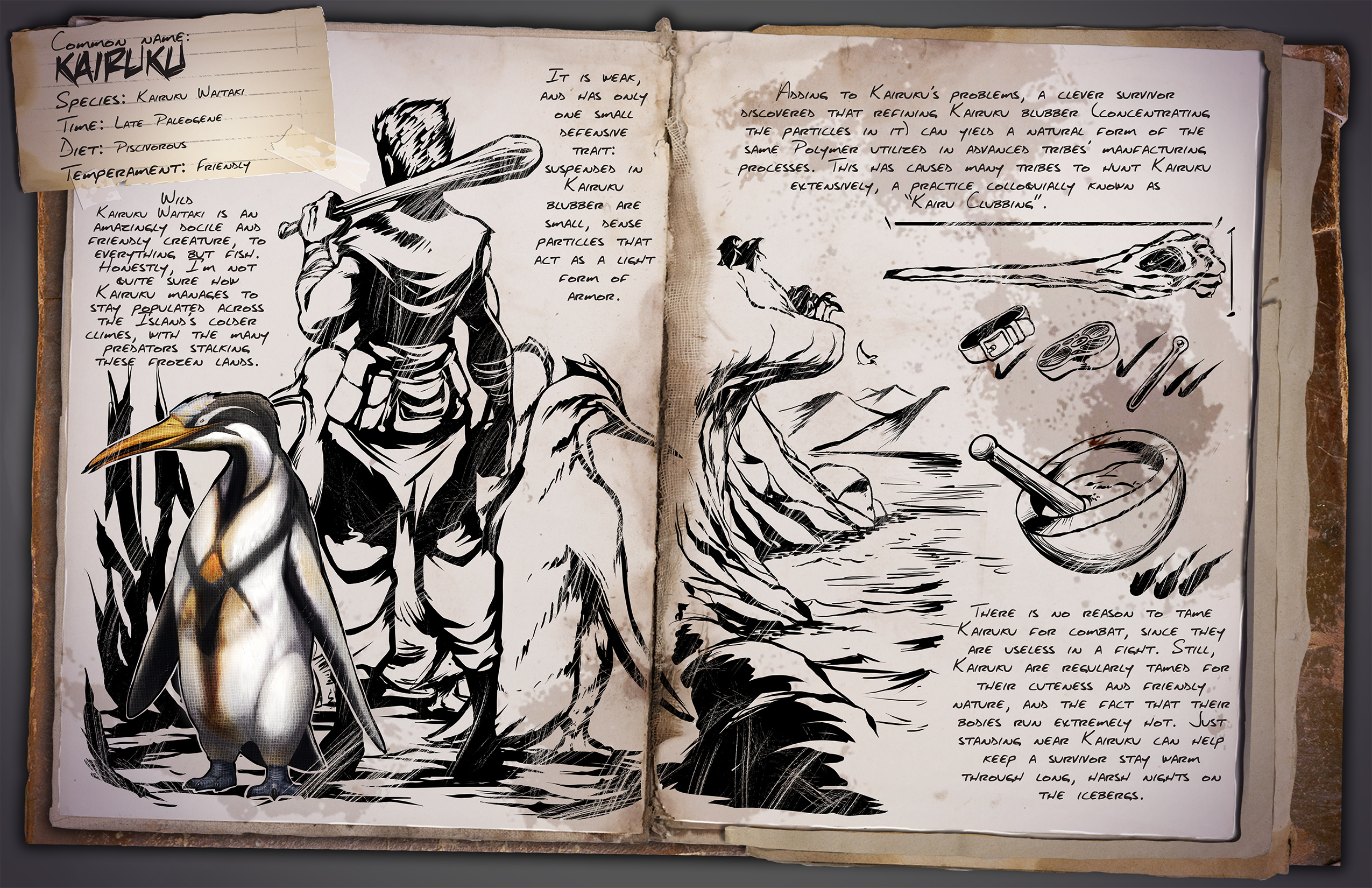 The Kairuku Waitaki, on the other hand, is an amazingly docile and friendly creature. Kairuku are useless in a fight, but they nonetheless are tamed for their cuteness and friendly nature, kind of like a pet, and the incidentally cool fact that their bodies run extremely hot. Survival Tip! Standing near Kairuku can help keep a survivor warm through long, harsh nights on the icebergs.

The Kairuku’s only defensive trait: Suspended in Kairuku’s blubber are small, dense particles that act as a light form of armor. Adding to Kairuku’s problems, a clever survivor discovered that refining Kairuku blubber can yield a natural form of the same polymer used in advanced tribes‘ manufacturing processes. This has caused many tribes to hunt Kairuku extensively, especially the blubber-rich infants, a practice colloquially known as „Kairu Clubbing.“

Furthermore, in this update, the new “Tribal Warfare Alliance” system allows Tribes to formally declare war against each other for specific mutually agreed-upon timeframes, encouraging large-scale set player-vs-player confrontations rather than offline raiding! Survivors will also find a realistic Creature „Fur“ pass, primitive siege Catapult and a modern-tier Gatling Gun Turret to defend their homes with!

For those of you who have yet to visit the island, you can start your epic adventure with ARK: Survival Evolved during our limited-time sale through now until the 16th of November on Steam for $19.99! That’s a 33% discount off the regular game!