The ARK is getting a unique new denizen today: the hip hopping Procoptodon, essentially a gigantic prehistoric Kangaroo. Carrying up to TWO passengers, in a first for ARK creatures, the Procoptodon is able to cover great distances and leap over obstacles with ease, while the pouch-bound passenger is able to make fully effective use of all weaponry while riding! 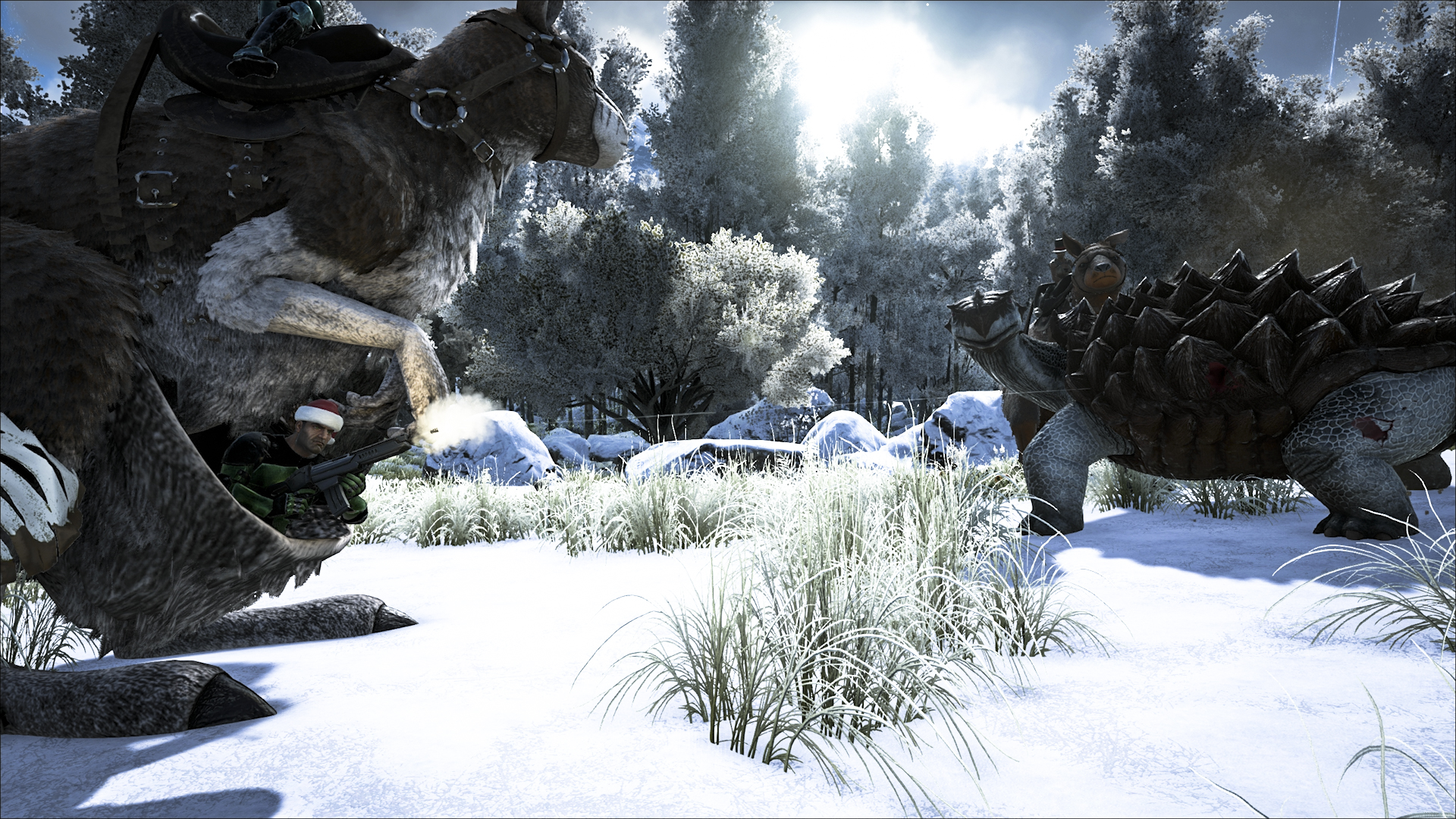 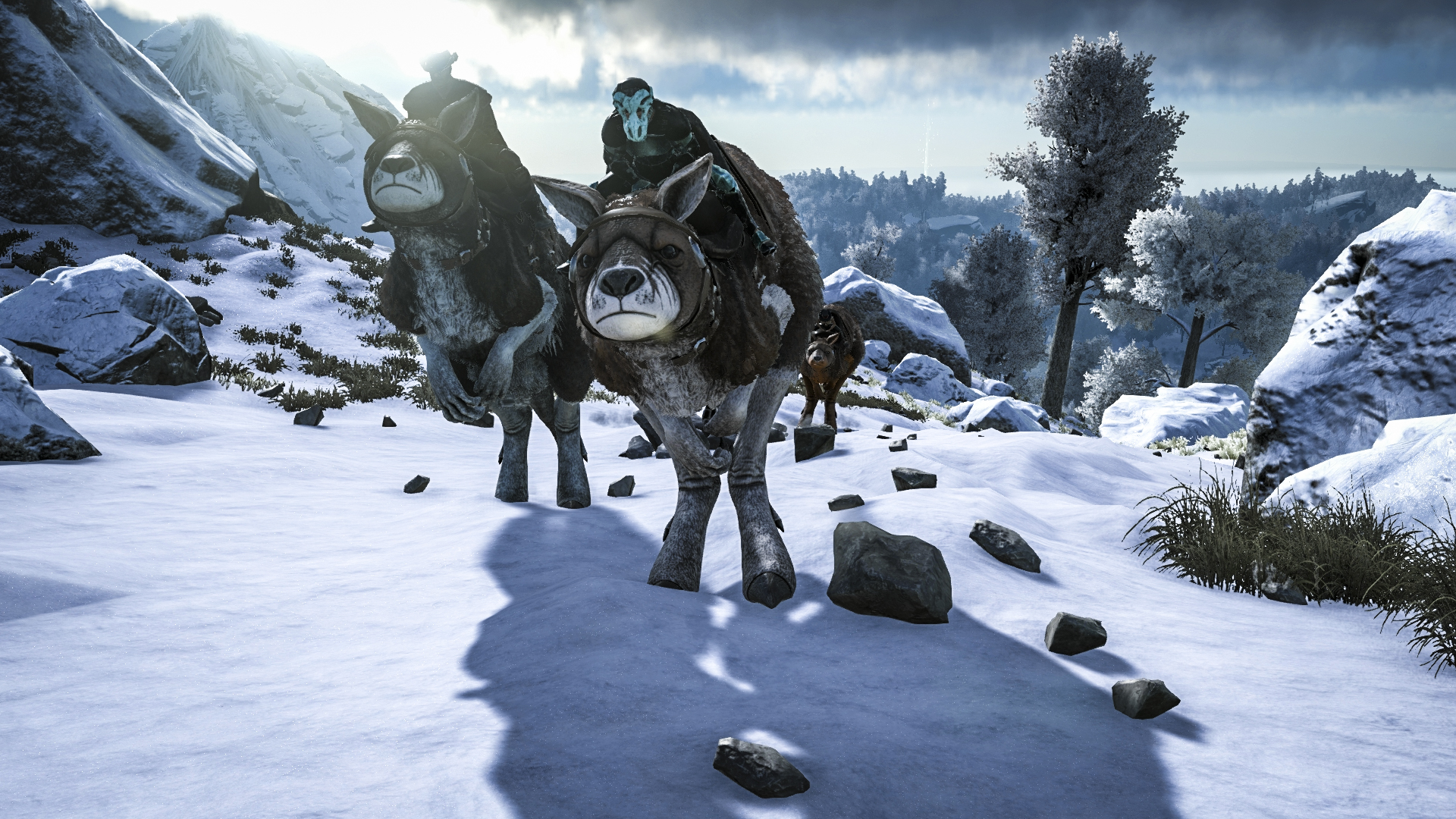 In addition, ARK: Survival Evolved Steam players are invited to ring in 2016 on the ARK! Starting today at 12 PM EST a gigantic New Year’s Eve ball will descend from the heavens through to January 1 at midnight EST. When it finally hits the ground, a fantastic surprise will be revealed for all Survivors who are on their ARK at that time! It’s been a thrilling six months on the ARK, and Studio Wildcard wishes all Survivors a Happy New Year! Thank you to all our players and content creators for helping to make ARK such a success! 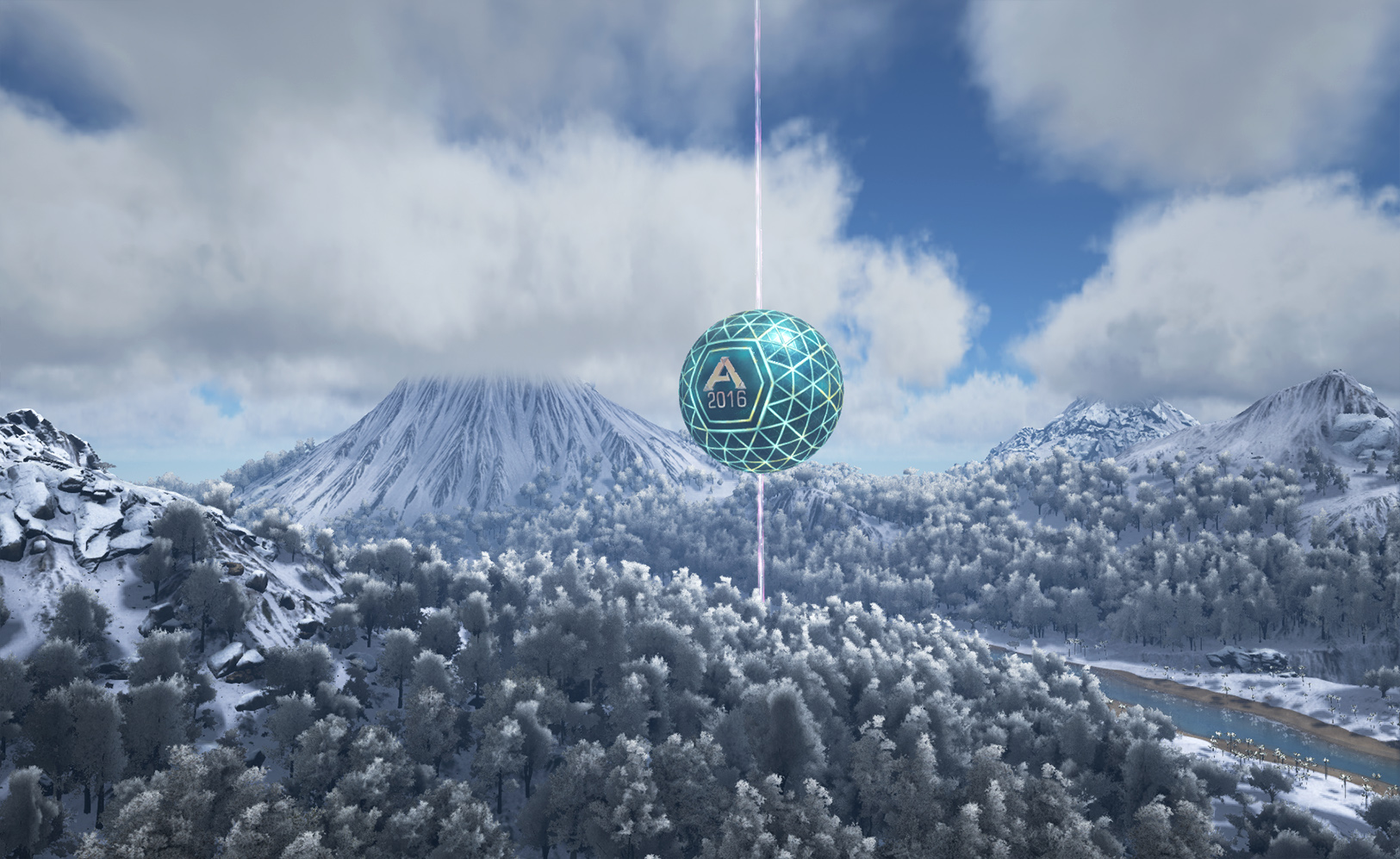 Finally, this ARK update adds the oft-requested „Tribe Alliances“ feature, allowing multiple smaller Tribes to officially „ally“ together and gang up to take down larger, dominant Tribes on their ARK. Strength in numbers, Viva la revolucion!