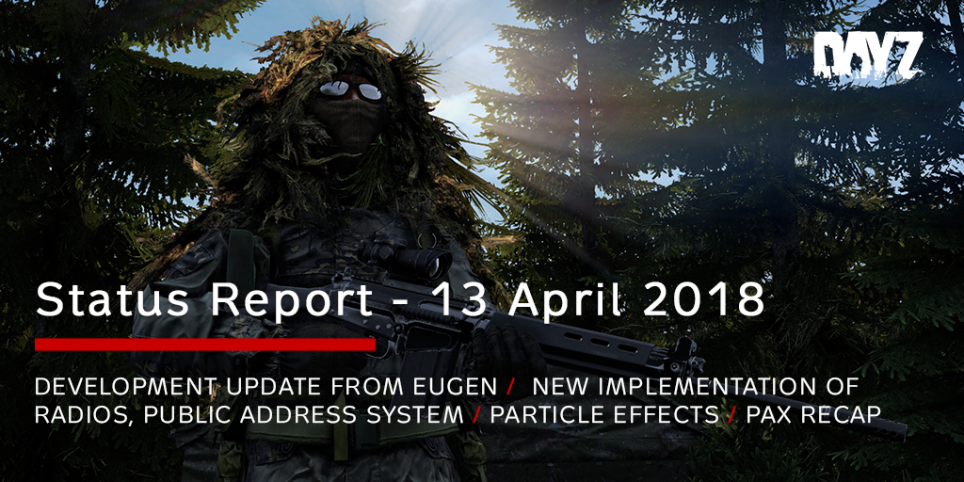 Latest Development news from Eugen, small teasers of the upcoming changes to radios and other VoIP devices, as well as the final particle effects for gunshots, and also a nice summary of our trip to PAX East! It’s not Tuesday, but it’s still Status Report time, so let’s read!
Contents This Week

All of us here are both playing and tweaking the version for the first Stress Test. You might be asking why it’s not out yet, and how on earth we are enjoying it and not sharing that with you? :). The current state of the build, although fun and quite consistent, is still a bit unstable. And what I mean by unstable? In the worst gunfights with large numbers of players and looting, we can still see at least up to 10 different crashes averaging in up time of less than an hour. We fixed about 500 bugs so far for this Stress Test alone, and there is about 50 left. About 10 of those are crashes that have been plaguing our most recent internal playtests. The good news is that we were finally able to debug the reasons behind these, and are working on fixes as you read this.

Quick look at the issues that need fixing for 0.63 Experimental as of this afternoon (not including features that still need to be implemented).
Click to Enlarge[i.imgur.com]

Once these fixes are confirmed, and if nothing else pops up (usually does, but fingers crossed!), we will evaluate the state of the build again and start with Stress Testing. We are as anxious as you to get this ball rolling :).

Now for the work invested into things that are not launching with either Stress Tests or with the first Experimental build: there are about 1000 bugs fixed so far for Experimental and we are doing some heavy work on UI visuals and functionality to go beyond the basics needed to develop on the new engine. Jumping has got into the game with its first iteration and will be followed by climbing later as we polish animations and possible edge cases where players get stuck.

On the notion of having other means of movement rather than walking and running, we are still working on 0.63 vehicles, and also the first helicopter iterations for internal testing. These are still heavy work in progress as vehicles, base building, and several other features are still waiting for a commit (= implementation to the main game code) of technology that we have mentioned a couple of times: enabling hierarchy between entities in the game. We will move on to that commit once we confirm that there are no larger issues during Stress Tests.

Just to give you some scope (since I started using numbers) over the years, we have tracked around 30 000 issues and resolved about 25 000 of them, where resolving means that some have become irrelevant on their own either due to change of tech or design (Expired, Won’t fix, Duplicate, As Designed and other resolution types in the chart below except for Done or Fixed). Part of the remaining unresolved issues is also related to post 1.0 content and features: 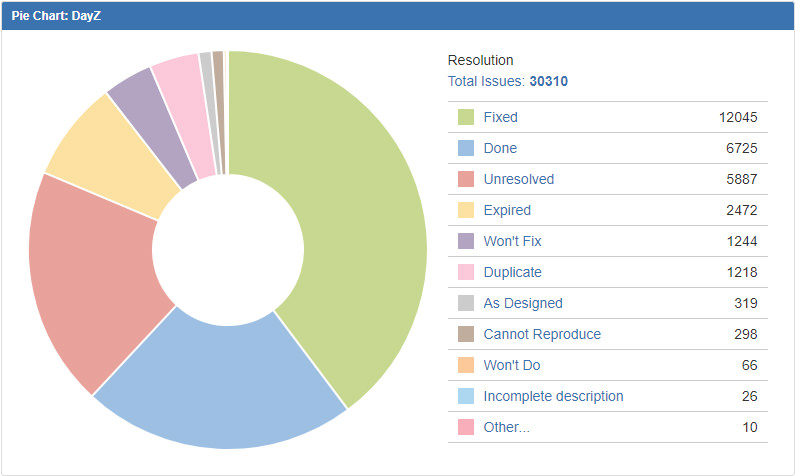 A quick look at the issues that need fixing for 0.63 Experimental as of this afternoon (not including features that still need to be implemented).

I’m excited about what’s to come with the first stress test and feedback that we can work with. I’ll be there trying to survive there with you! 🙂

Voice communication is something we haven’t really talked about for some time. So I’m here to introduce you to the changes we’ve done on the gameplay side. But since this is my first Status Report, I’ll start with a small introduction. My name is Jan Huňka (on the internets, I go by the nickname Zoidy) and I work on DayZ as a Gameplay Programmer specializing on networking – but I also worked on the new damage system, login/logout process and a bunch of other things.

The main goal of these changes was to make the communication as seamless as possible. As soon as your radio has a battery in, you can talk on the selected frequency. If you turn it off, you’re automatically using direct communication again.

Currently, we have three types of communication devices in the game. Megaphone, personal radio and also a Public Address System.

RadiosPersonal radios are very easy to use. You don’t need to hold the radio in your hand, it can be anywhere nearby like in the inventory or just on the ground and you can still use it. Other survivors nearby can also use your radio if they’re close enough. To transmit on larger distances, you can use big radio stations. Signal strength is based on the maximum distance. The closer you’re to the maximum distance, the more noise you’re gonna hear. The same goes for the text chat. The closer you’re to the max distance, the more can your text message be corrupted.

Public address system (PAS)We placed quite a few PAS loud-speakers across the cities of Chernarus and now you’ll finally be able to use them. PAS broadcaster can broadcast your voice to all loud-speakers in range. You just have to stand close to the broadcaster. It is also possible for multiple players to use the broadcaster at the same time. Listening players are hearing voices of the speakers from the loud-speakers based on its distance and direction. 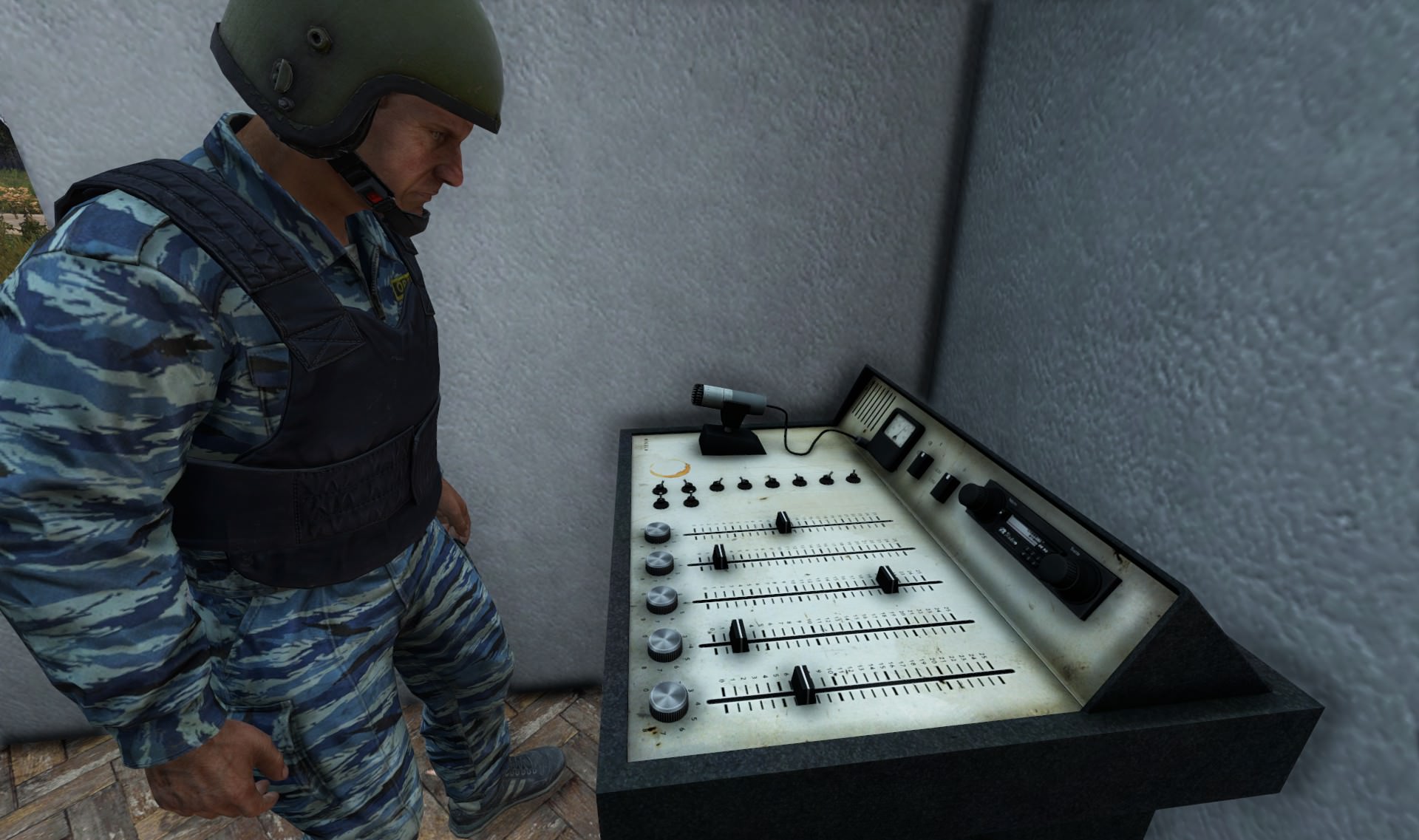 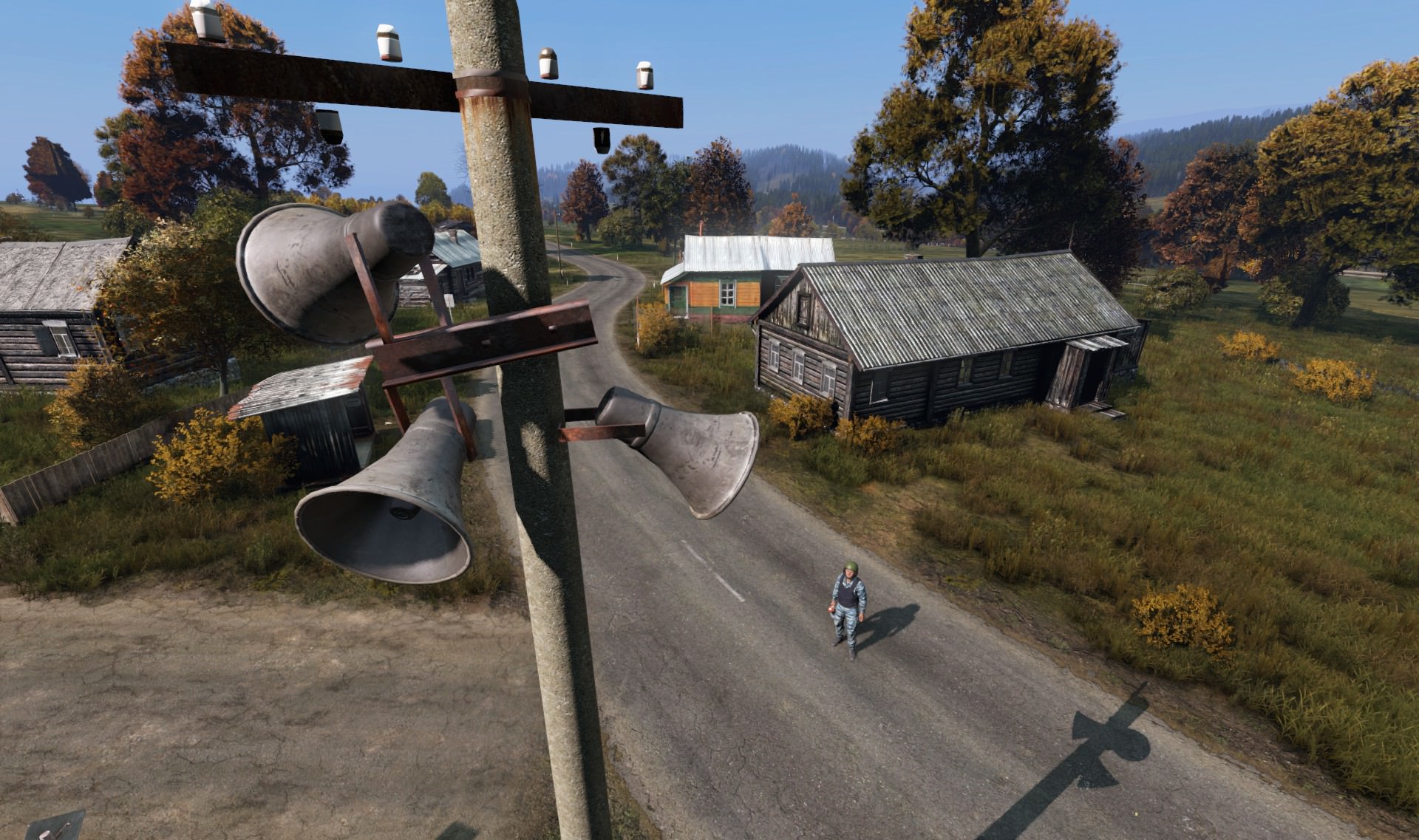 MegaphoneMegaphone needs to be held in hands to use and it basically allows your voice to be heard on larger distances than just talking. 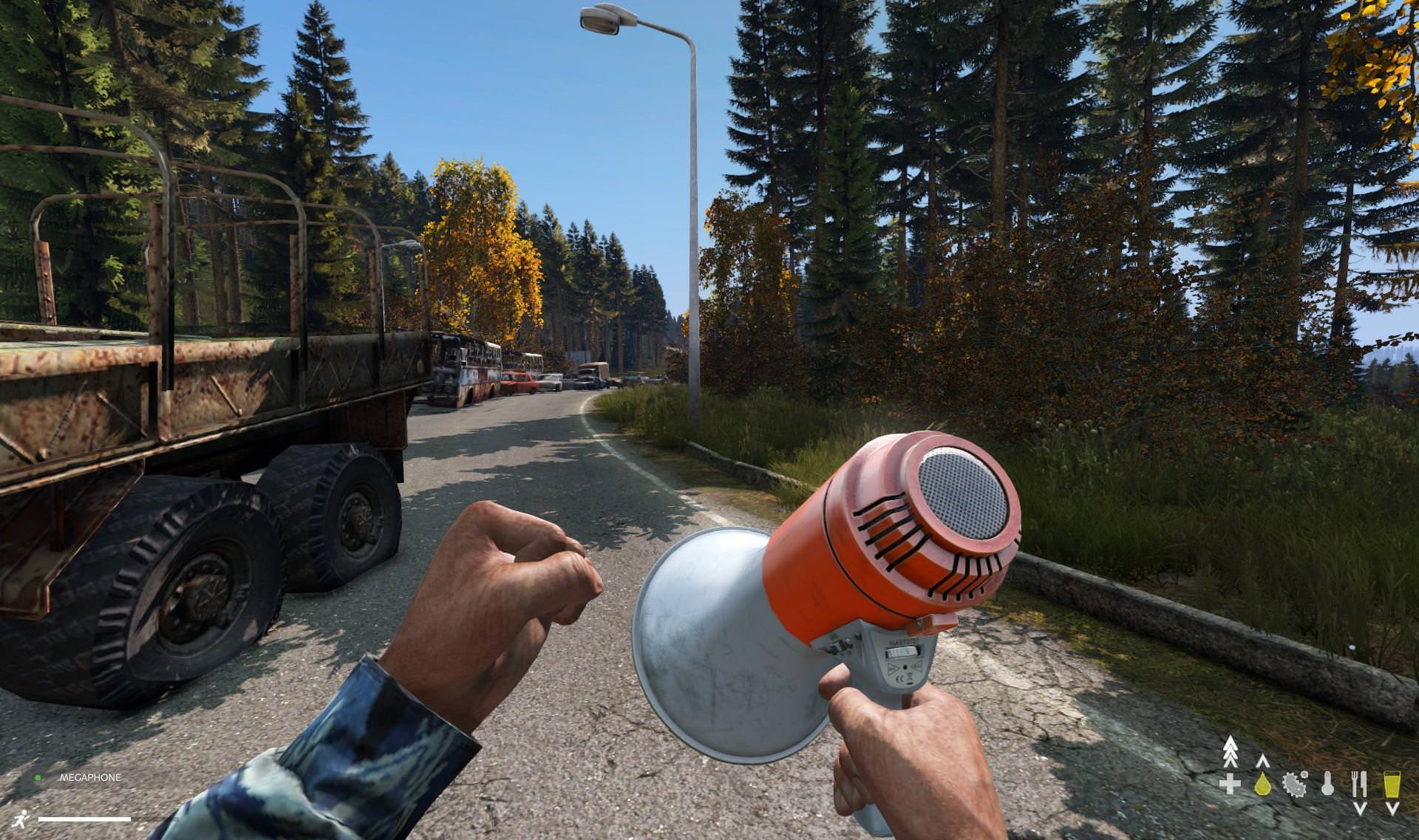 Server keeps information about nearby communication devices that every player is currently able to use. This information is then cross-referenced against other players and the result is a „list“ of players that you can communicate with. All voice messages and also text chat messages are routed to appropriate clients using this information. Thanks to this, you can transmit your voice to multiple devices at the same time. For example, if you want to set up some radios on different frequencies nearby your PAS broadcaster and then broadcast your amazing speech on all possible channels and PAS at the same time, it is completely possible.

Contrary to the original plan, you cannot use one device to transmit to another device. Like leave your personal radio nearby PAS broadcaster. The chains of devices that could be created using this feature could become very complex really fast. We would also need to constantly check all communication devices on the whole map to update these chains, which could get costly in terms of resources. But we’ll try to keep this in mind and maybe this feature could make it to the game on some smaller scale.

We added and tweaked the sound filters for different types of devices. Radios still have their typical noise, but megaphones and public address system received some nice echo effects, so you should be able to tell what device is the source of the sound.

If, for example, there are three radios around you on the same frequency, you’re gonna hear the same voice with a little echo, so you can recognise the same voice is coming from multiple sources. The echo is calculated based on the number of devices and their distance from the player.

Thanks for reading and I hope you’re gonna have a lot of fun with the new communication system in Chernarus!

Dev Update/BorisSurvivors! I have some news from our scripting team – I’m happy to say that the system for weapon particle effects has been finished for some time now, so here is a small sample of the quality of muzzle flashes you can expect to see in the 0.63 Stress Test:

Note that rapidly firing for a prolonged amount of time will heat up the barrel, causing a continuous stream of smoke until it cools down. In later experimental updates, badly worn out weapons will tend to smoke more as build-up collects in them, which prompts players to use the weapon cleaning kit to avoid malfunctions.

The next task related to gunfights is the improvement of bullet impact effects (including blood splats), which are meant to better visualise our advanced ballistic system. Currently, we have a simplified placeholder system implemented until the final solution is fully prepared.

Fire away, survivors, but mind the heat of your gun barrels!

I don’t know if you noticed, but me and my colleague Martin were invited by Microsoft to show you the Xbox One DayZ DEMO at PAX East in Boston. Yes, we already have a playable single player 0.63 demo that runs really smooth, and this was the first time we presented the Xbox version to public!

We were a bit nervous about the reactions, but your enthusiasm about the demo calmed us down and we were really happy that you liked it. Xbox players had a chance to try the demo for the first time, running around and exploring what DayZ is all about. Meanwhile, experienced PC players were testing new features, because it was also the first opportunity for the to get their hands on 0.63.

If you want to see a personal experience of one of our players, here is a video from Jake:

And of course, we’ve met so many nice people who we know only from online communication. For me, that was the highlight of the show. Thanks everyone who stopped by and talked to us or just tried the demo!

Our little station was right there. Massive thanks to Microsoft for inviting us to their booth! 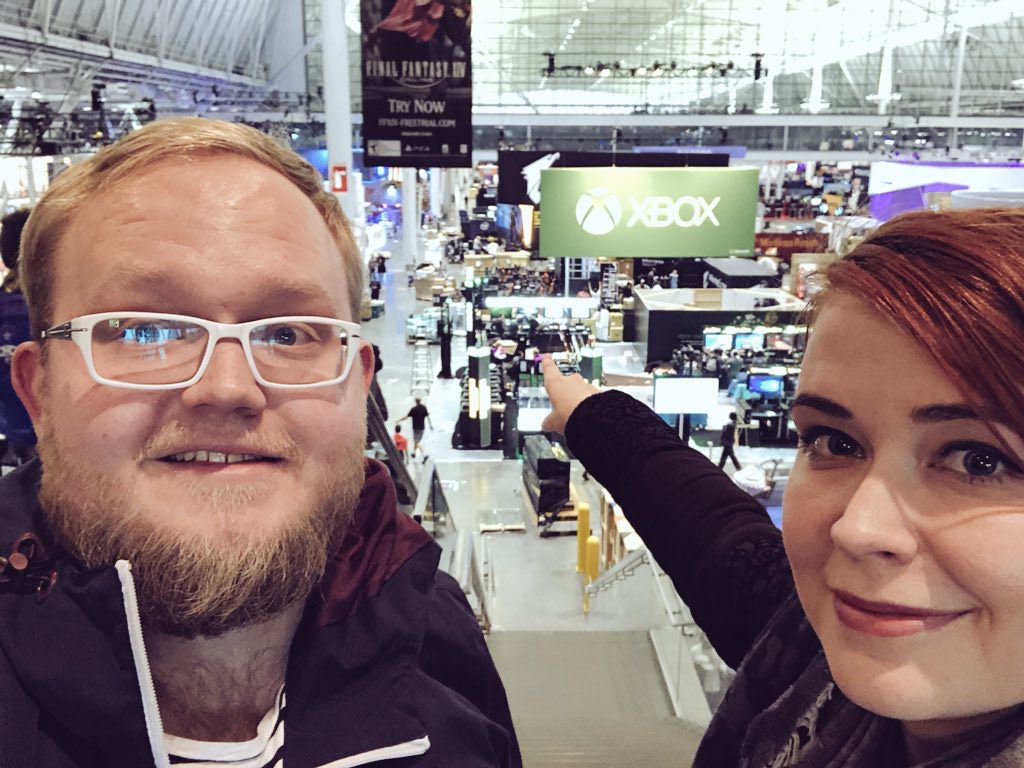 Pax East was so crowded! 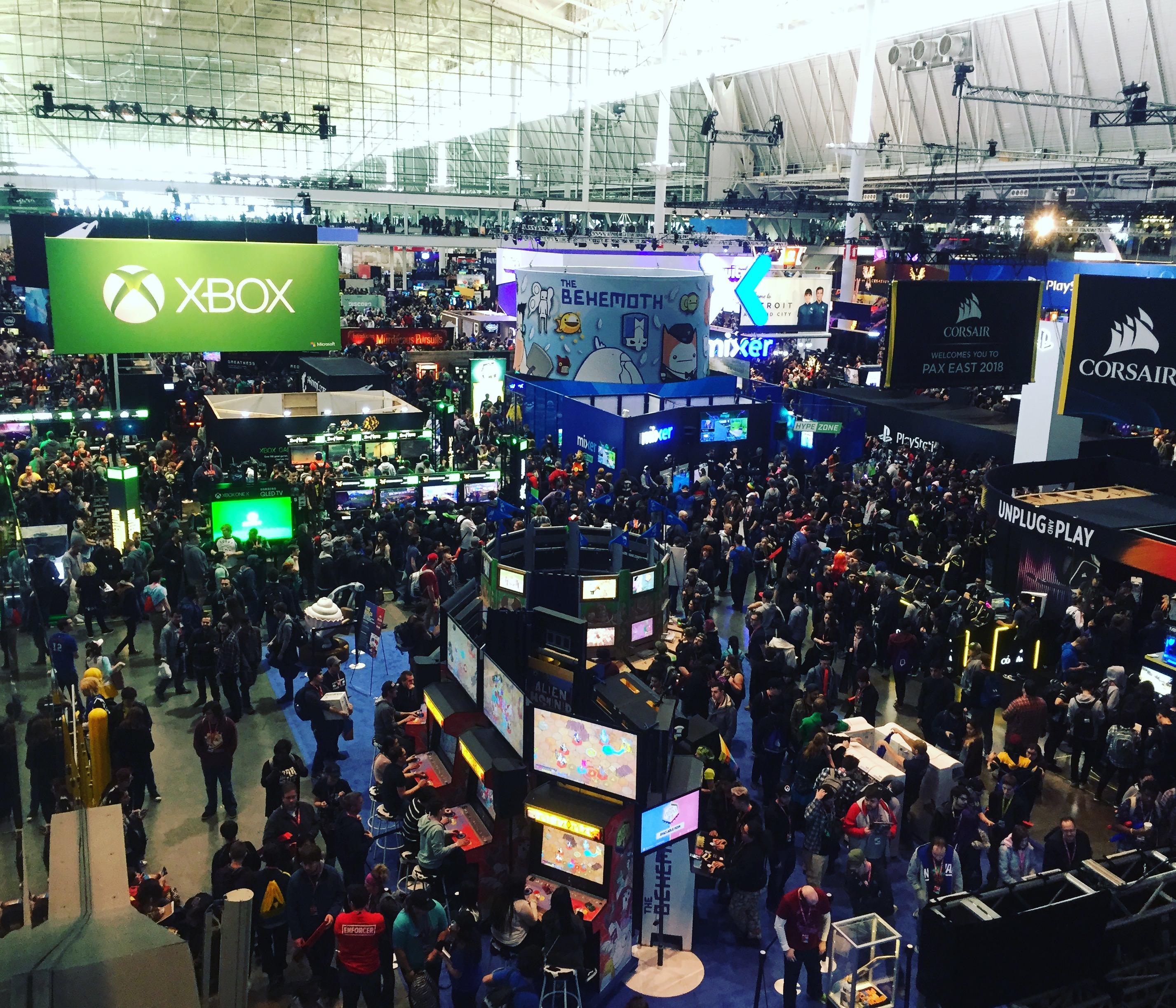 We’ve met a couple of survivors in DayZ cosplay! 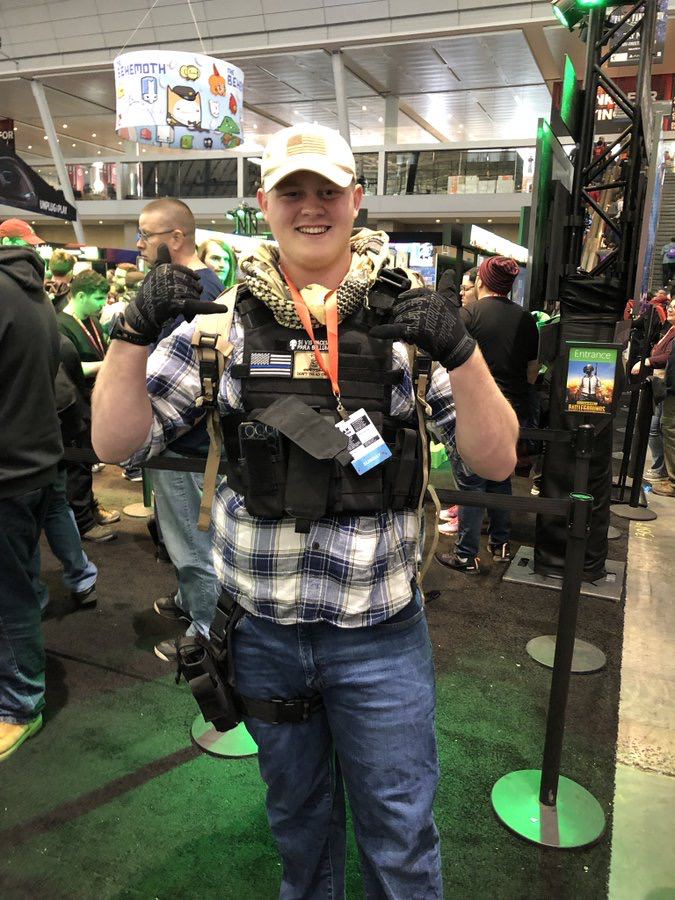 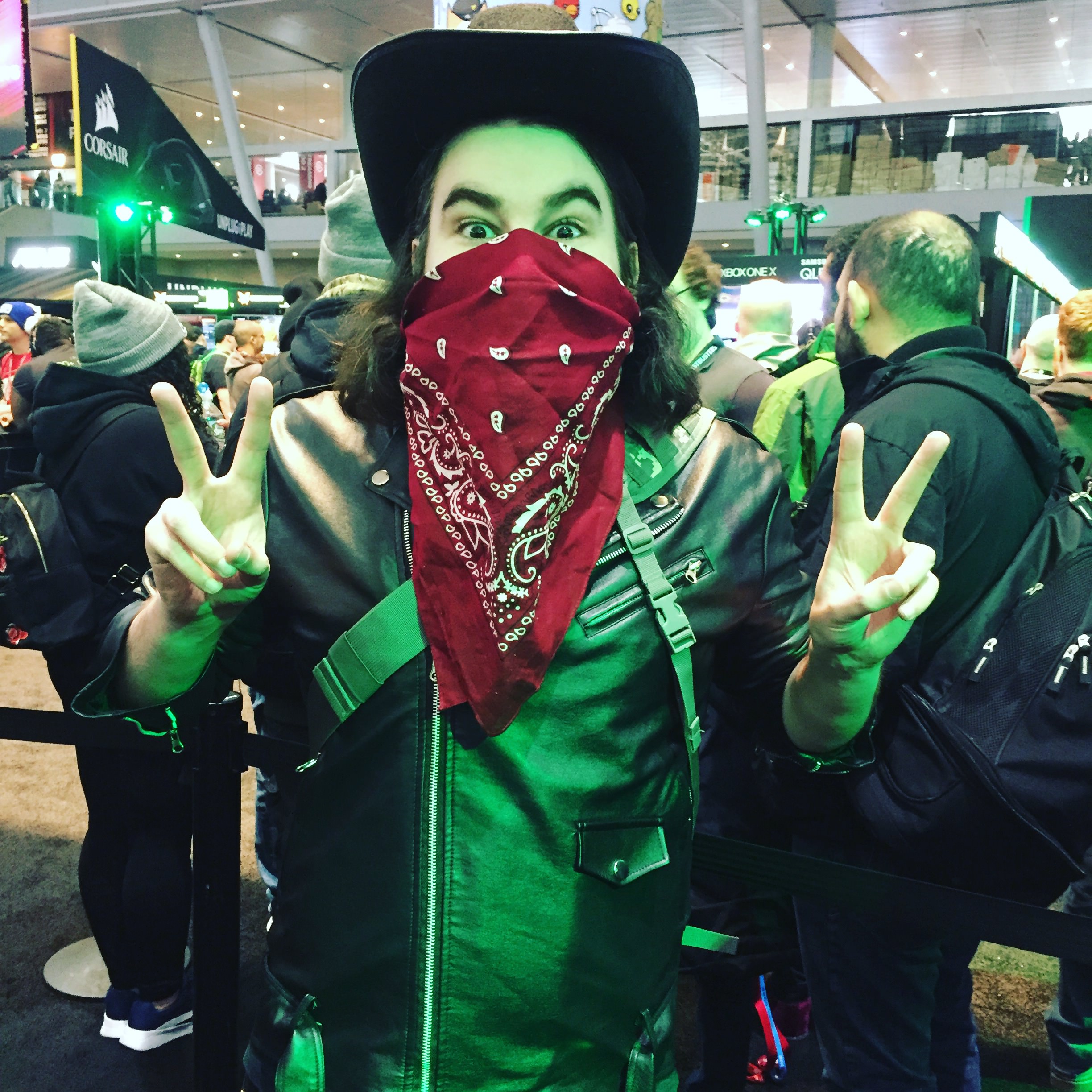 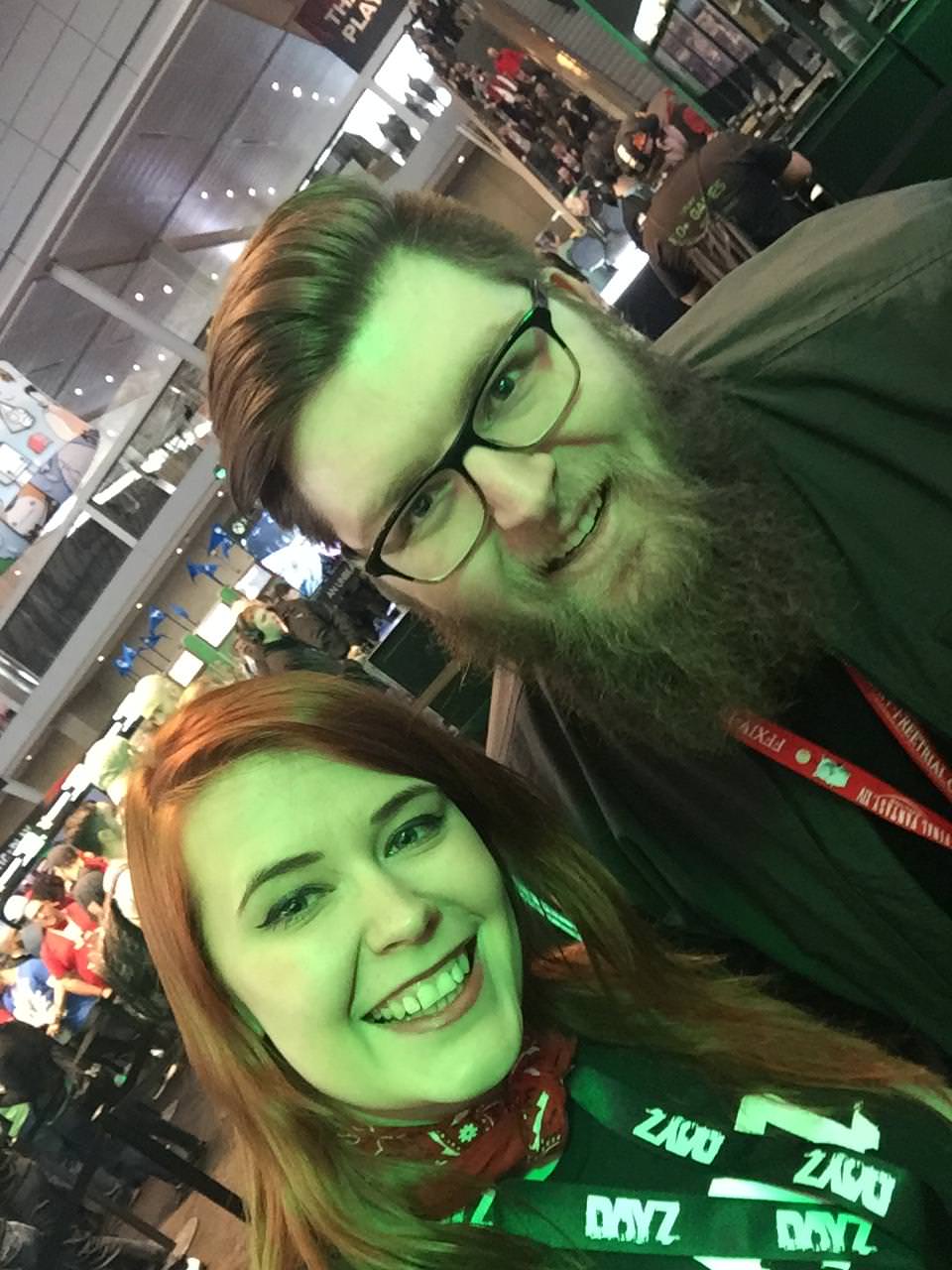 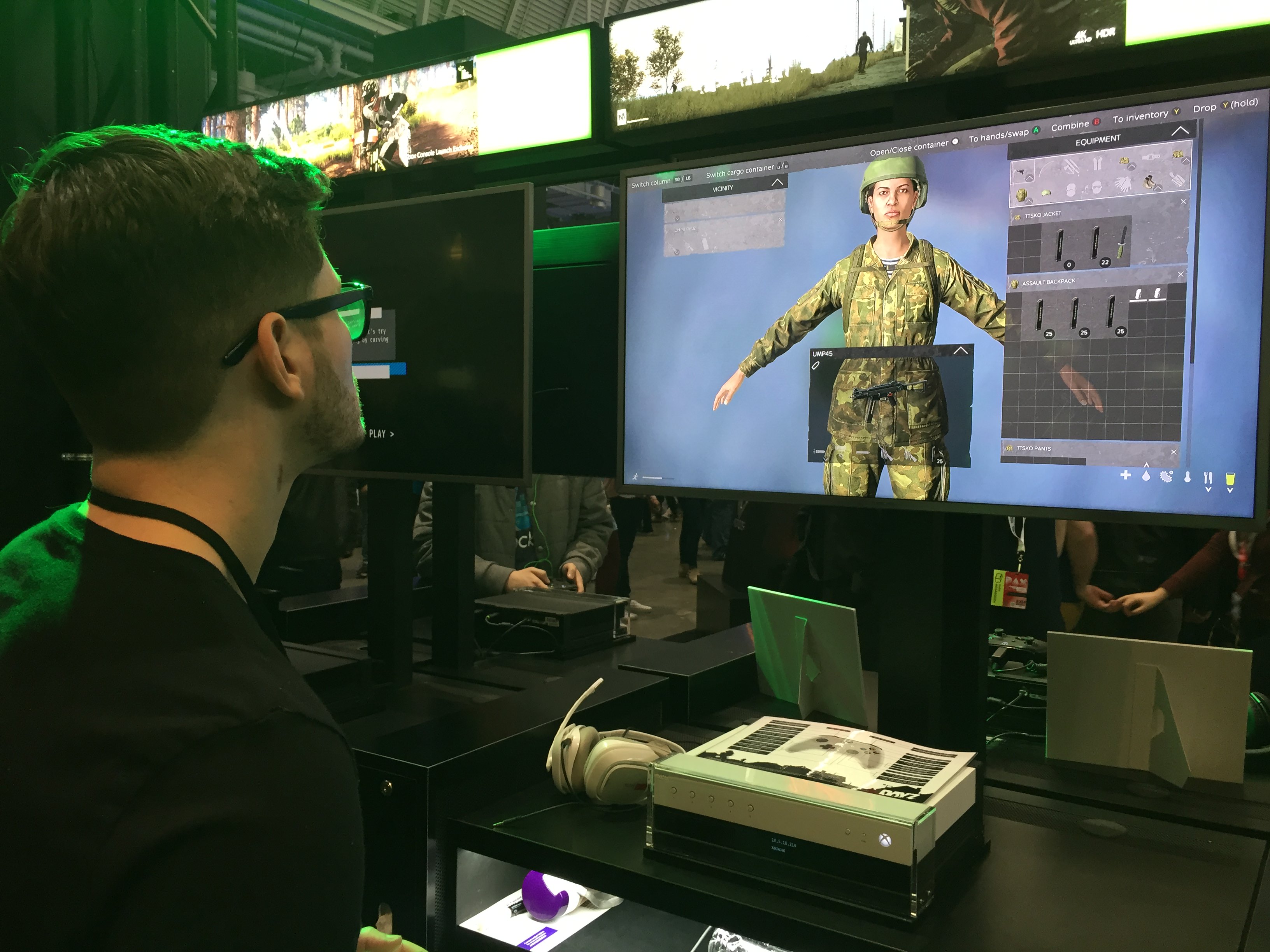 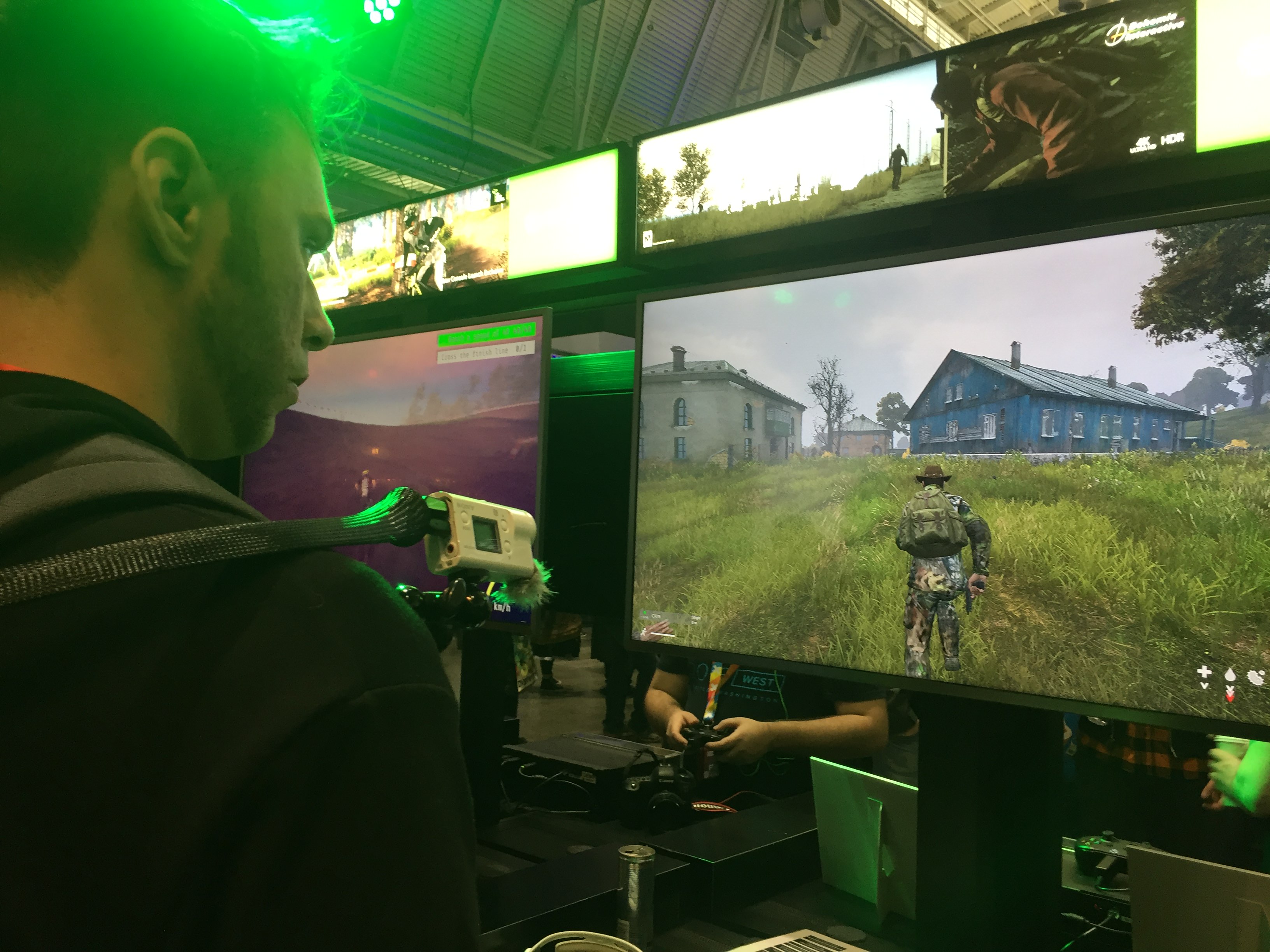 So many amazing people came to Pax to meet us. We love you guys. 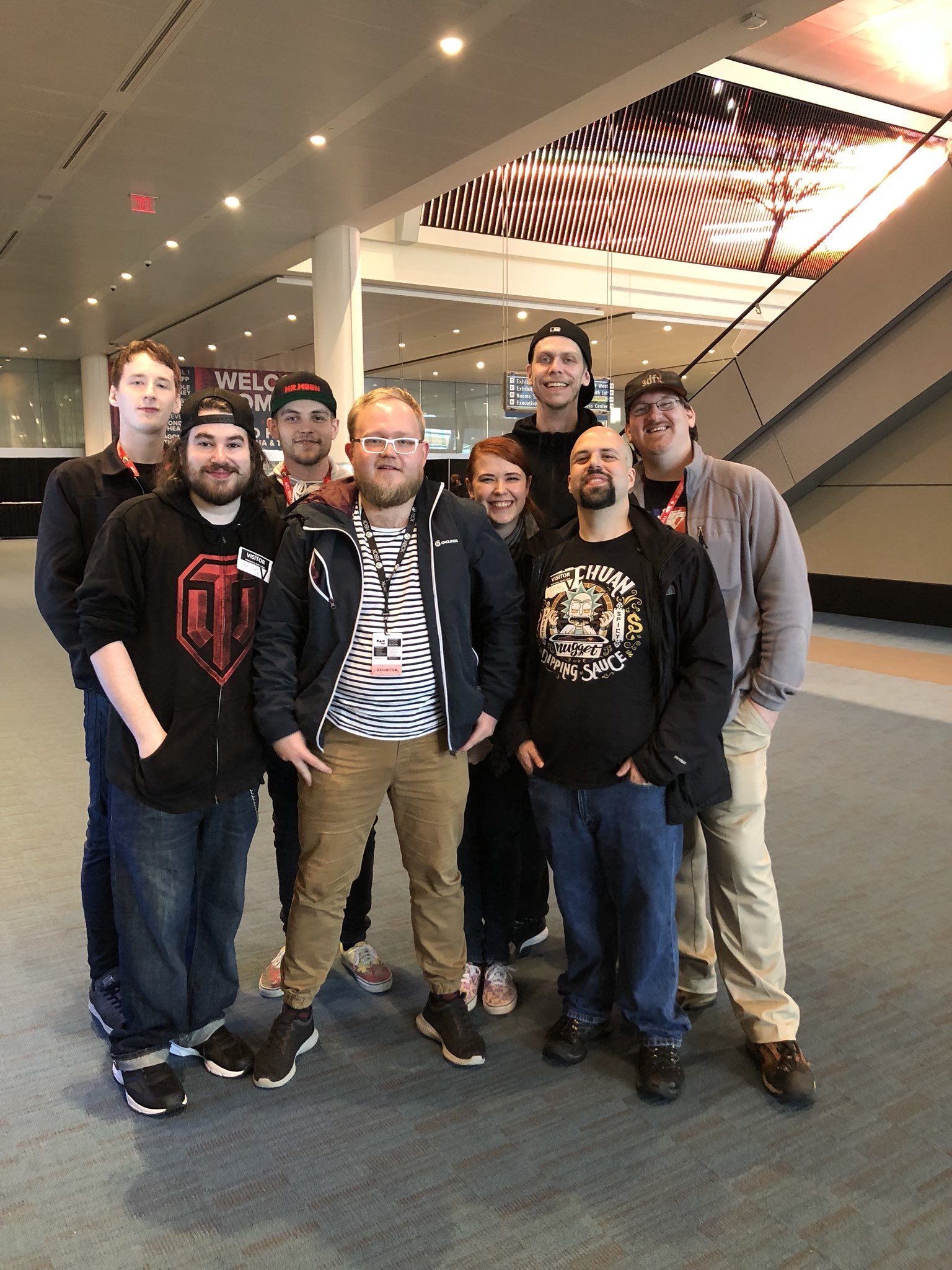 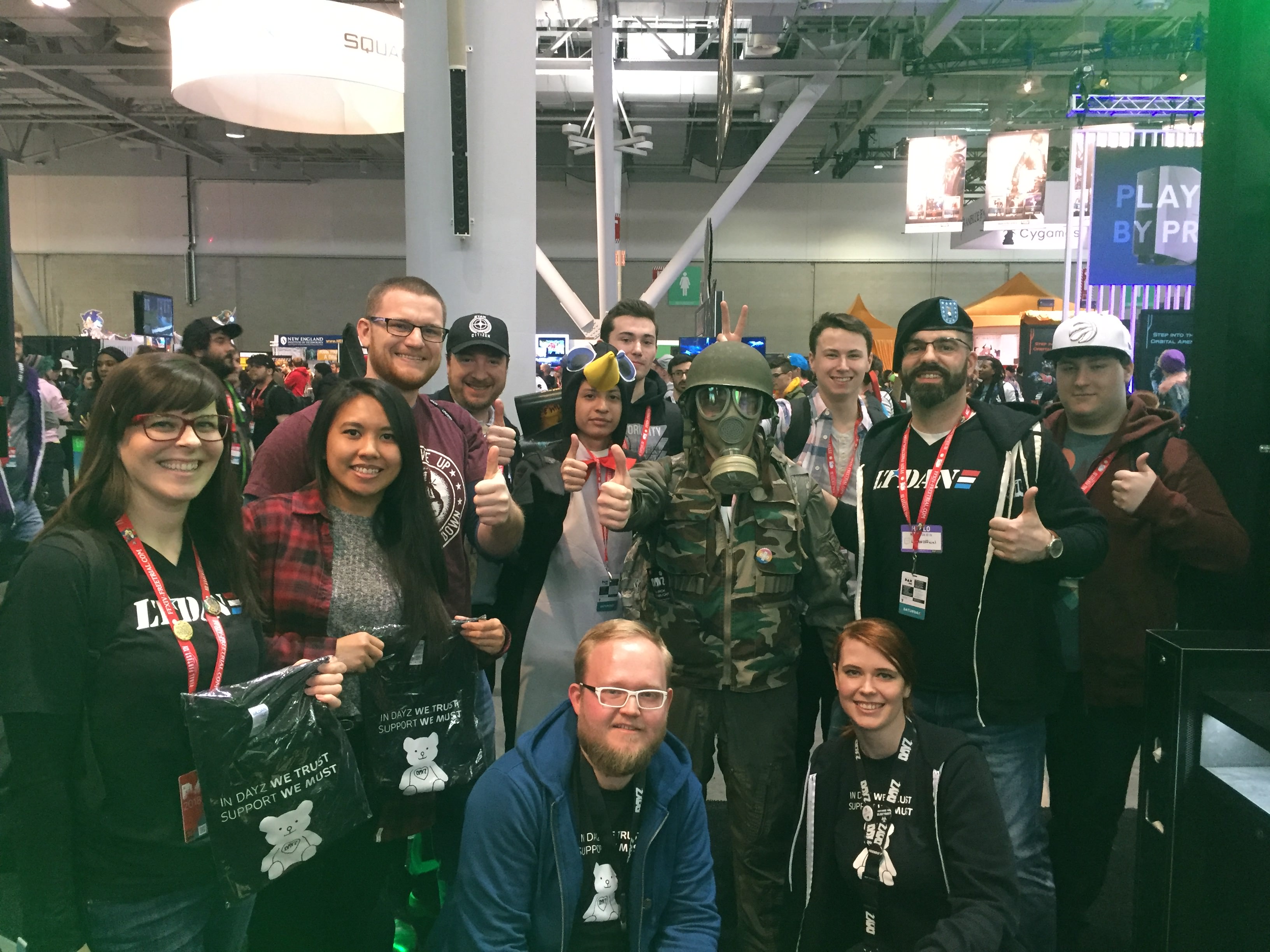 Community EventsLet’s check out some events on private servers. 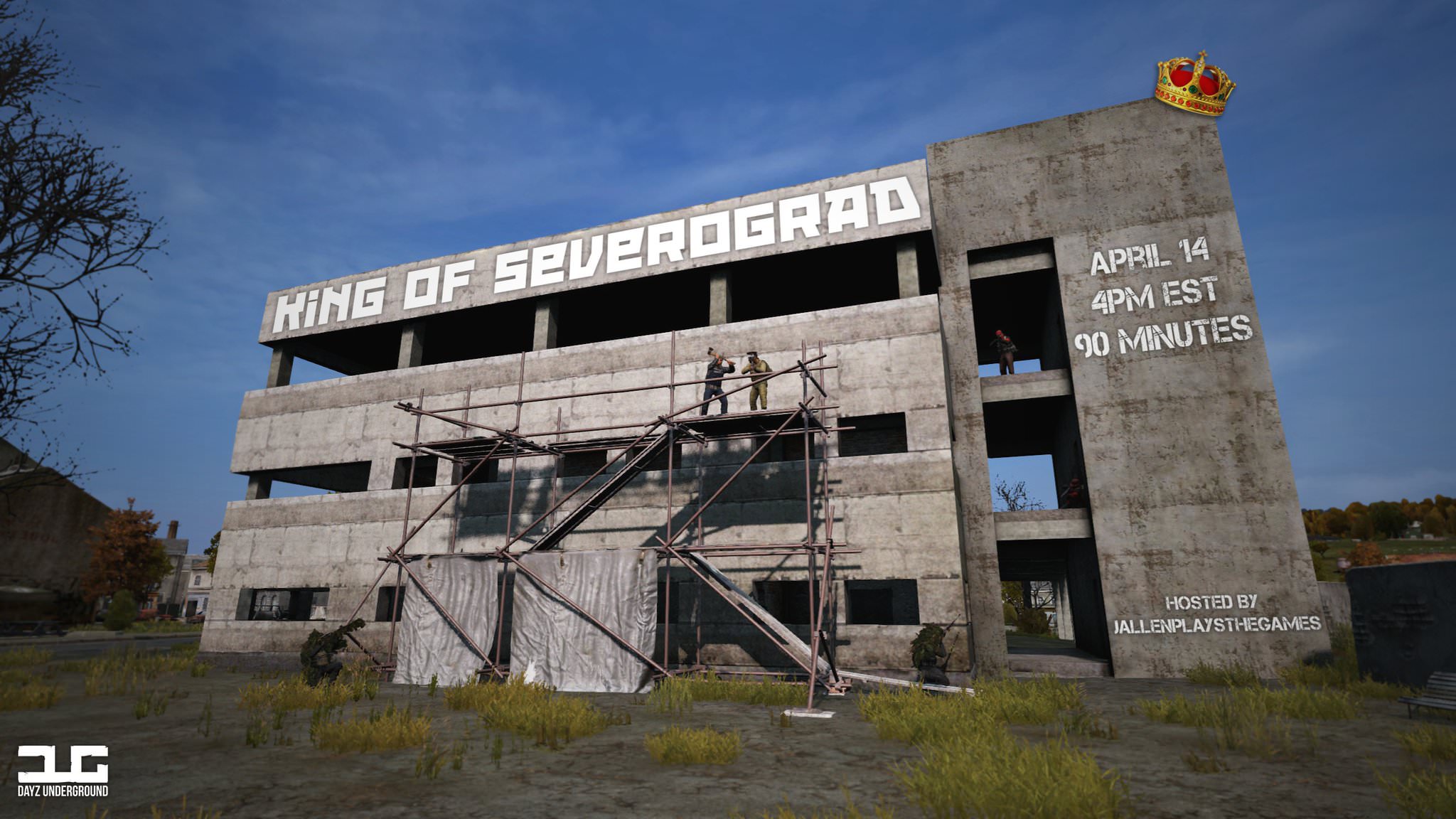 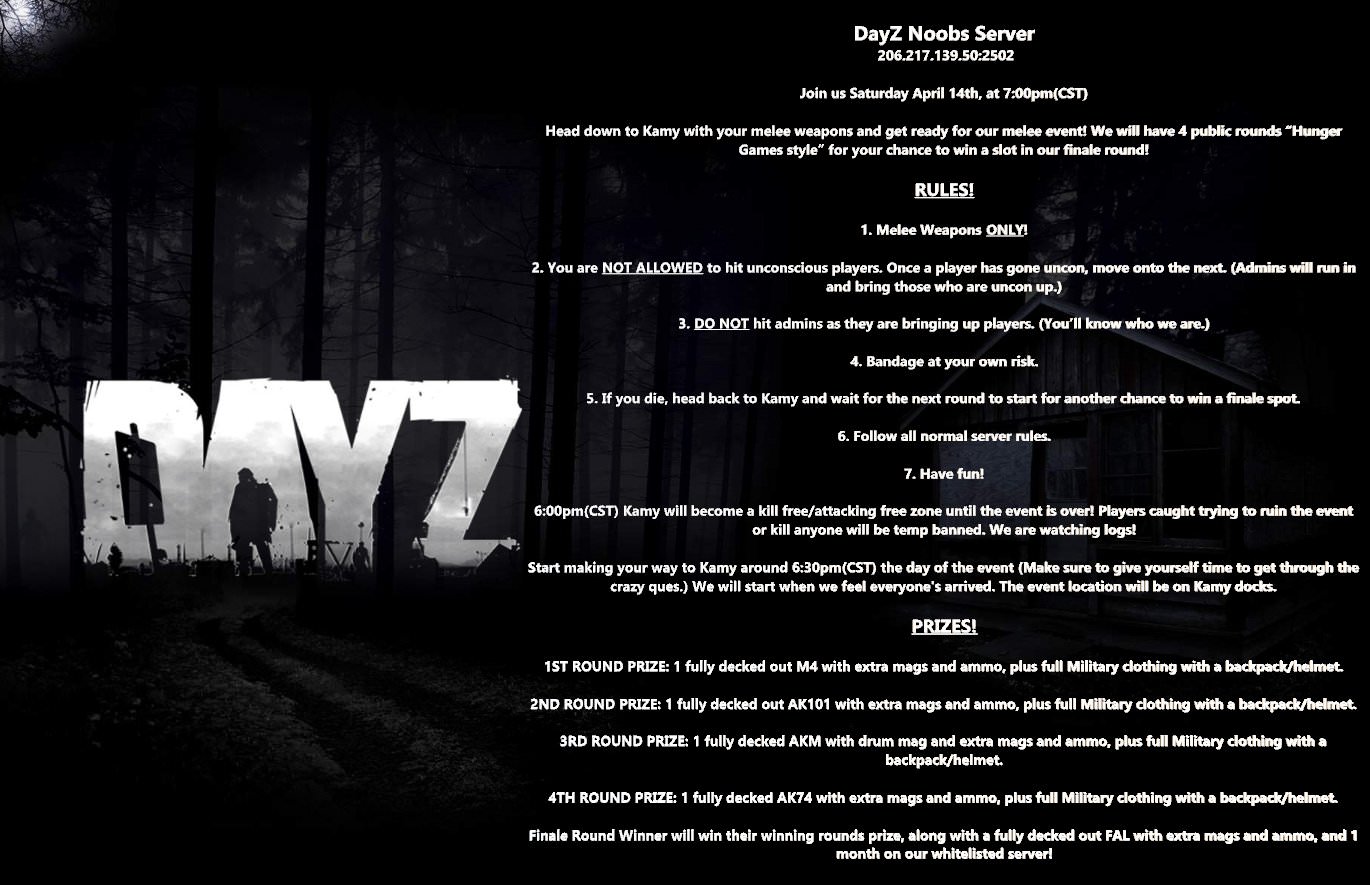 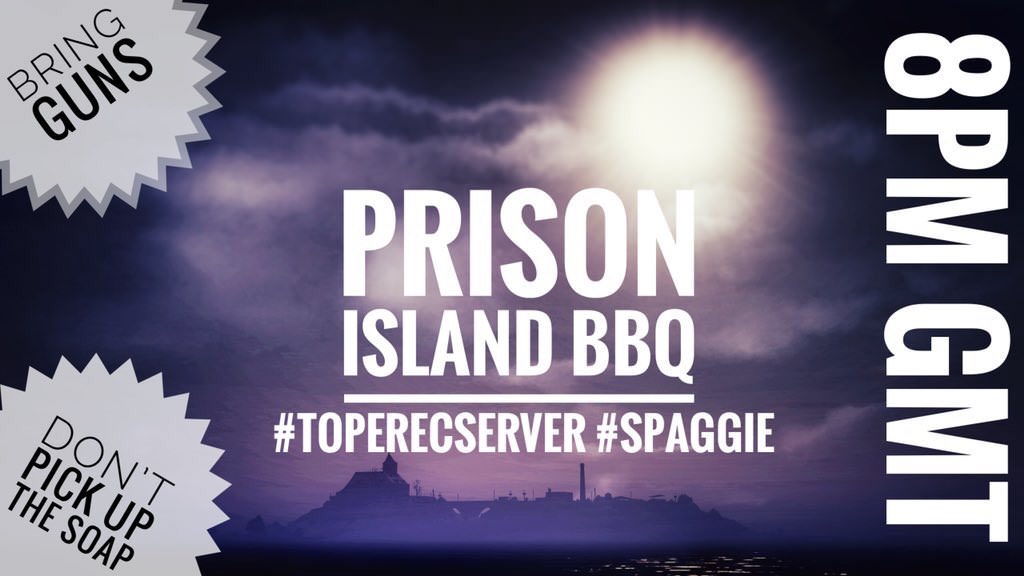 Community FAQThe last thing for today are some of your questions (we’ll do the riddle next time):

And that is all from me today. Don’t forget to send us your videos, pictures and everything DayZ related you’ve made, because we love it!