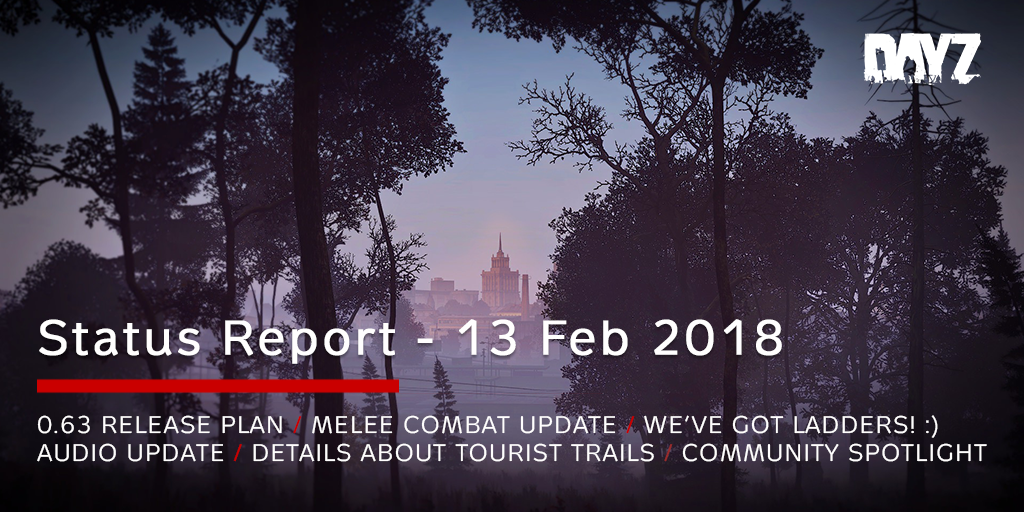 Two weeks have passed, and we’re bringing you the latest progress from the Dev Team – the usual setup got a bit of a twist with Eugen traveling this week, but we’ve got a whole lot of news nevertheless! Let’s keep it short, and do some reading, survivors! It’s good for you.
Contents This Week

Dev Update/MartinHello everyone! As Eugen is traveling this week, it’s my turn to contribute to the Status Report (after quite some time), and provide some summary of the past two weeks in the DayZ Dev Team. With February in full swing, we’re approaching the moment where with each week, the 0.63 experimental release is becoming more and more likely. We’re about to start team-wide play-tests to get our internal servers as full as possible in order to get proper data on server synchronization and performance. With that said, there are still elementary parts (like swimming and vaulting) of the game that are very much work in progress, and for that reason, we are still not feeling very comfortable talking about any potential 0.63 Experimental release dates publicly.

The idea of having the tourist trails on Chernarus has been floating around since early Arma 2 days. It was brought up again at the start of DayZ development with more details fleshed out. But given the rapid iterations on Chernarus+ map, it was not really feasible to start with the actual implementation until the map was in a more stable state. With the release of the update 0.62 (which introduced a total vegetation overhaul along with the western border rework), we felt that the map has finally reached a somewhat stable state that would allow us to finally return to the idea of tourist trails.

We have re-visited the original plans, made several improvements and re-designed the planned trail network to support all the map changes that happened over past couple of years. A result of this task is an overwhelming, 200 kilometer long trail network – so what helped us getting there? 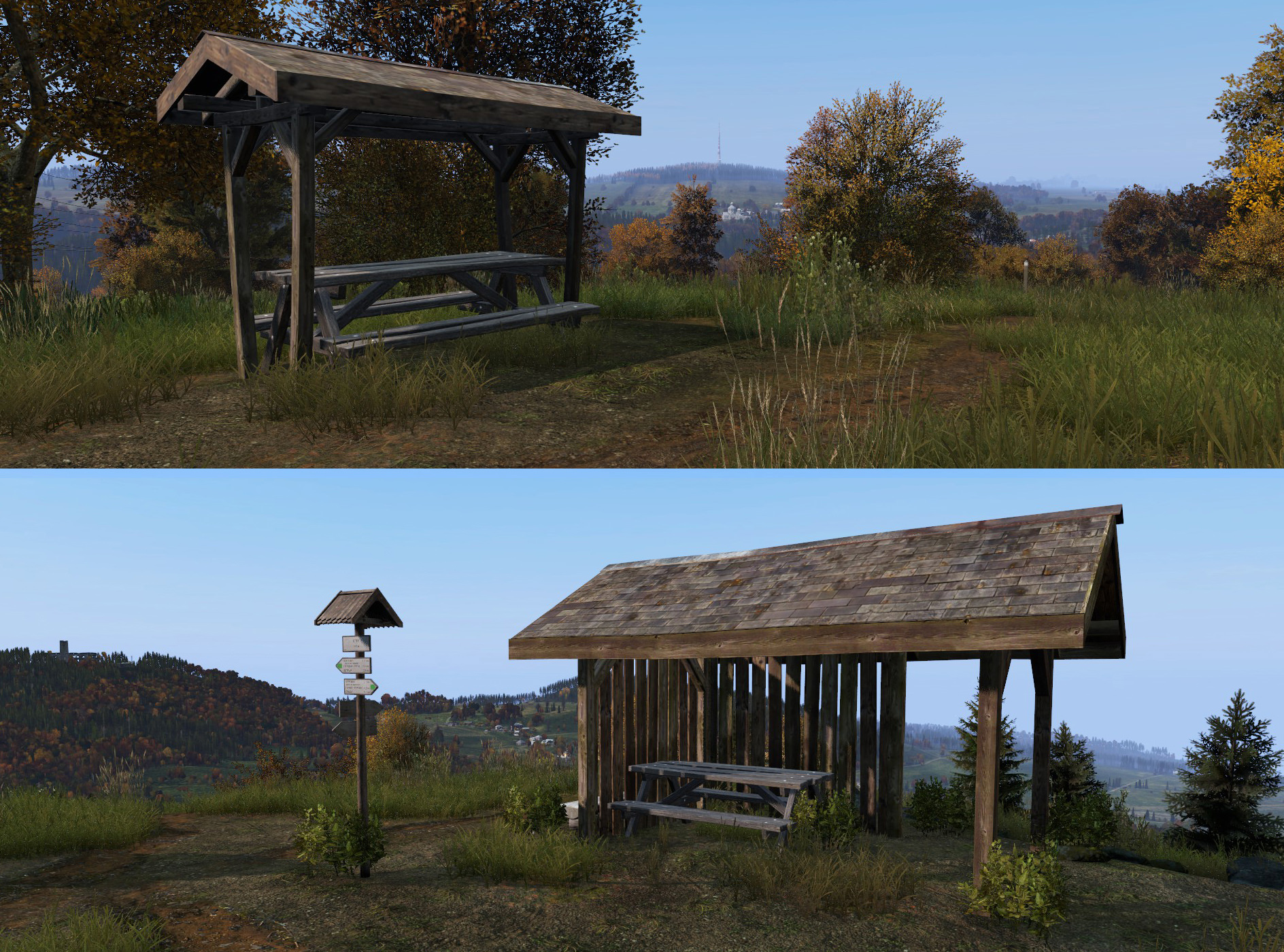 In addition to these, we also have one other supporting asset that may or may not make it into 0.63:

Overall, tourist trails gave us a nice opportunity to improve our landscape – many improvements were done to it while the network itself was worked on. Additionally, it also gave us an opportunity to revisit all the locations names and make them actually visible directly within the environment.

We hope that they will prove to be a useful feature when navigating through our 225 square kilometers of environment, and that you will have great encounters with other like-minded survivors there. We certainly enjoyed building the network and we hope that we will meet some of you there when this feature hits the live servers! 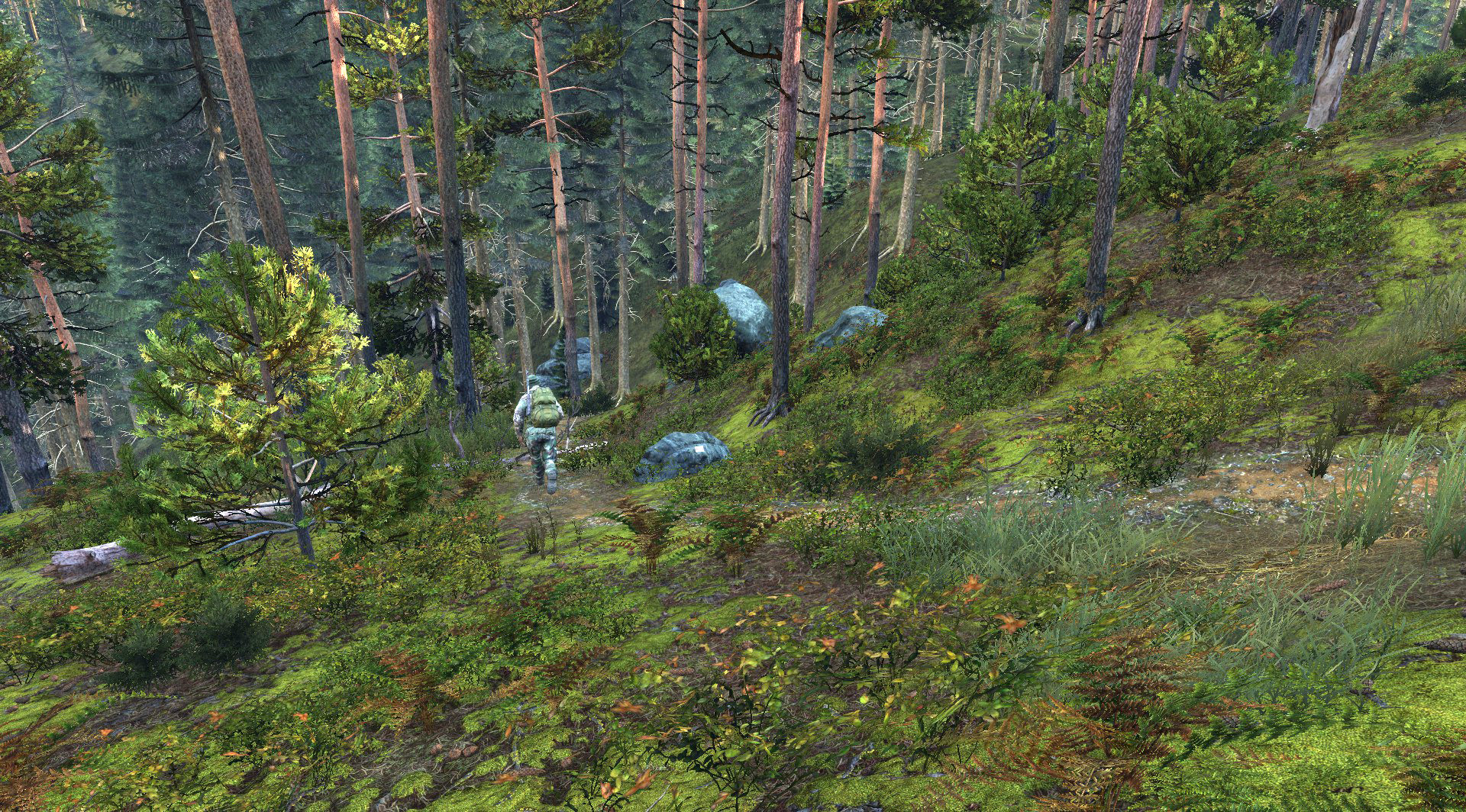 Over the course of the past two weeks, we continued our work on footsteps and cloth rustle sounds. It’s kind of a tedious work because we have to implement these sounds into all animations – and the number of animations in DayZ is pretty overwhelming :).

Another big task ahead of us is represented by an update of ambient sounds. We intend to create a more dynamic and realistic soundscape than before. We do not want to relate only upon flat 2D ambient sounds, but rather want to use as many positional sounds as the audio engine will allow us to have. Within the next couple of weeks, we will see how far we can push it!

I would like to start a new tradition – answering some of the community’s most asked questions in every Status Report and post it to a special thread on our official forums.

So, let’s check out what you want to know:

Yes, Xbox One version will be out this year in the Xbox Game Preview program. We are also working on a PlayStation 4 version and want to provide more details about that soon!

Not right now, we can’t. There are ultimately two main reasons for that: we’re simply not ready to legitimately support modding until we have a solid foundation in what is a game functional on an elementary level. We also need that game to be in YOUR hands and we need you to be able to run your own servers. That will not happen before 0.63 hits Stable. In addition to that, we’re also still evaluating how far along will DayZ be moddable, and how we can best support modders with all the necessary modding tools.

I know, we want to let you play it too! Right now though, it just really needs more love from the DayZ Dev Team. It’s not fun to play yet. All the teams are working like devils now, trust me – I am sitting right next to them in the office, I can see it all happening and I want to play it with the community as bad as everyone. But 0.63 still needs more time!

Yes, the base building is also not ready yet but we know how much you are looking forward to trying it. An example is Axel, who made this cool base building concept.

We have a DayZ Tip by NomadGaming. We know vehicles are sometimes pain in the ass in the current version, and you can get them stuck pretty easily. But don’t forget – if you can’t unstuck them, just destroy them with a matchbox, and they are going to re-spawn!

We had Gaming Roach Entertainment here before and they are back with another cool cinematic. It is a story about mother who wants to protect her daughter from dangerous people in every way she can. Another good job Gaming Roach, you amazed me again.

What about some DayZ in real life? BarelyInfected has done a short video, it is nice to see his face again!

Do you know RDiddy[www.twitch.tv]? He is the Australian streamer who loves jumping with cars in DayZ. This is the best jump he’S ever made! GG RDiddy! 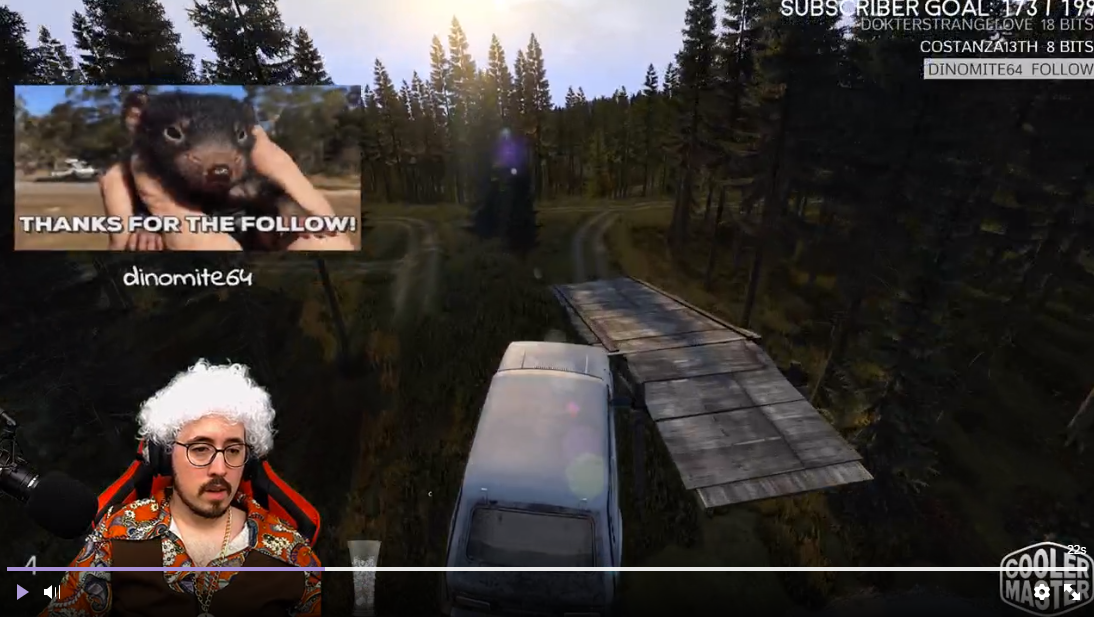 Let’s check out some more screenshots.

Another amazing view from Green Moutain by DrDesync. Be careful, I was shot standing there like this! 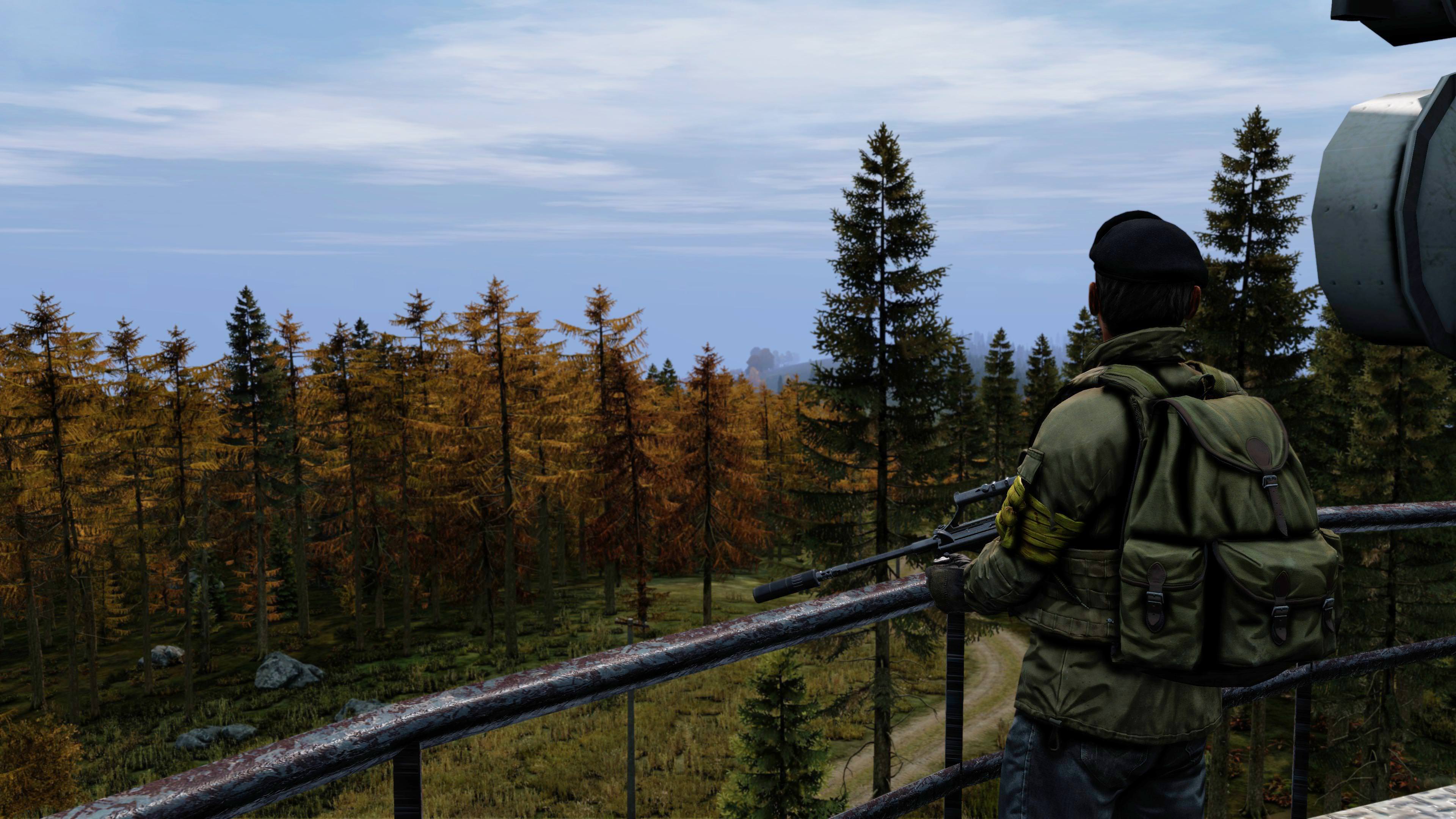 And now is the time for your favorite riddle!

I asked our map designer Adam for a hard location this time. Can you guess where it is? Send the location to our official Twitter account and be on the wall of fame next time! 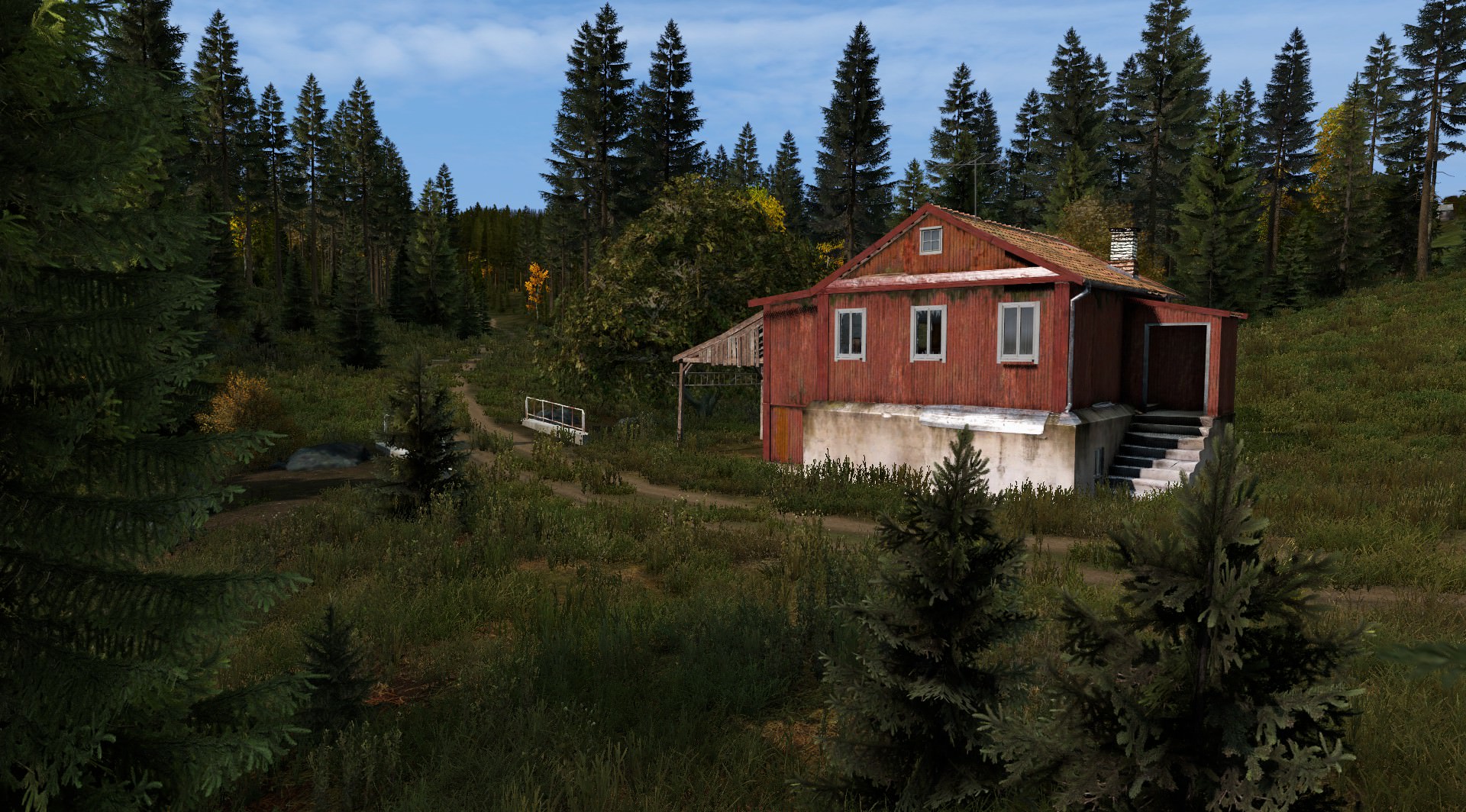 Thank you for all your content and enjoy the Valentine’s Day. And don’t forget that we love you!