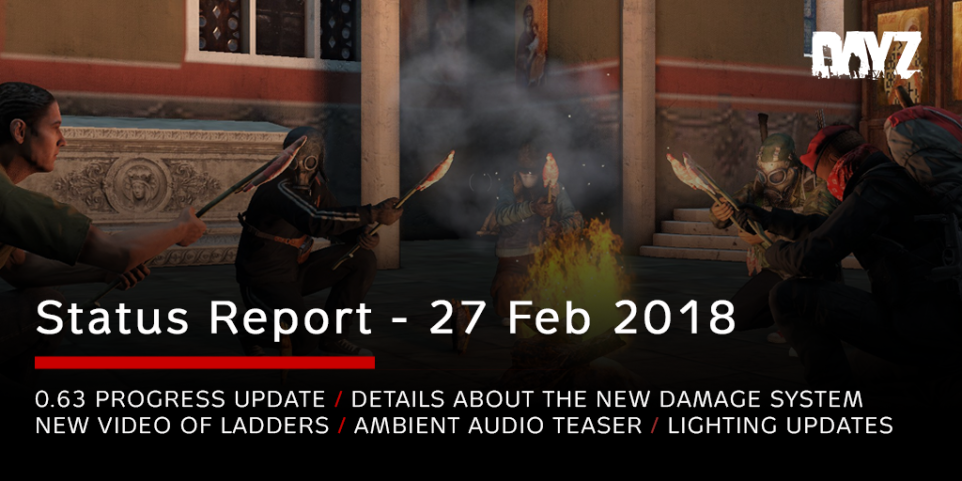 This week we, unfortunately, didn’t give Brian much space to remember anything from the good old days of DayZ – and that’s because we’ve got quite a lot of things that are happening in the present! We did our best to provide plenty of information about our progress and also detailed some design decisions regarding our damage system and ladders. Adam is also teasing some of the lighting updates he’s working on, and to support all that, we’ve got a decent portion of visual materials this time – including videos! Let’s get to it, Survivors!

As the iteration speed on many of our features increases, we are seeing some good results coming in – both in terms of features and stability. In the last two weeks, we have been focusing on and finished the below-mentioned functionality, and as of now, we are closing more issues than are coming in, which is a good sign.

Mentioned before a million times, but it’s finally working and ladders are done on the player side. We’re converting data for all buildings and working on sounds for ladders.

Again, something that has been missing from the basic movements of the new character for a long time, and it’s merged in and done now. As is the case with ladders, sounds are the last thing being added at the moment.

We are currently at the beginning of the polishing phase of all the animations and data and looking into connecting the state with character representation and shock values.

After merging in our first working implementation of the new damage system, we’re finally working on tweaking the damage values and states, penetration and ballistics. Looking to polish it for experimental release. Bleeding has been connected to the system as well and is working already. We are fighting issues with particles and blood and trying to find a good visual solution.

Since swimming and ladders are working technology-wise, we have moved onto the proposed jump and climb mechanic. Jump is going to get in first, and climbing – as it is quite complex – is definitely going to require a lot more polish.

The QA team just got back to work on the build stability. Our stability has been pretty bad recently, with all the large features getting in, so most of our team is focusing on bug fixing and it has paid off already. We’re definitely not done and there is still tons of crashes to fix, but the stability has increased by a factor of 30 in just the last two weeks. And I look forward to a normal play session on 0.63 Experimental RC (Release Candidate build).

Because everything you do in-game is working through user actions, we are getting the proper animations in, making sure that the base survival mechanics work, and that there is a loop to follow when you get into the game. It makes the gameplay much smoother.

Work on weapons has slowed down because some of our team members were traveling, and also because we wanted to get in more of the melee combat animations, with the last changes in heavy and light attacks. The guys from the animations team in are in general working on making sure both one handed and two-handed attacks are polished and ready for use.

We’re looking into what’s next for all the amazing features that the new animation system has brought us and polishing them, trying to fix both functional and visual issues that arise from the fancy and cool prone combat.

As we’re working on expanding the usability of UI in different resolutions (including 4K), we have tons of bugfixes for inventory actions and visuals for icons, actions and a lot more. Making sure things work reliably with the UI is key now.

Since a lot of the work on the player is getting done, our Lead Programmer Mirek is heavily focusing on a refactor of the infected, both in terms of stealth and combat. We don’t want to promise anything, but we should hopefully be seeing the results soon, and build advanced features for the infected in quick succession after the basics of that work are merged in and working reliably.

Not much has changed here since the last Status Report. There is a huge pass on all objects in the game in terms of collisions for both gameplay reasons, camera, and much more. And since there are hundreds if not thousands of objects, depending on how you count some, this is definitely a long-term task.

I’m very happy with the progress we’re seeing and can’t wait to play with you sooner than you think (wink wink). 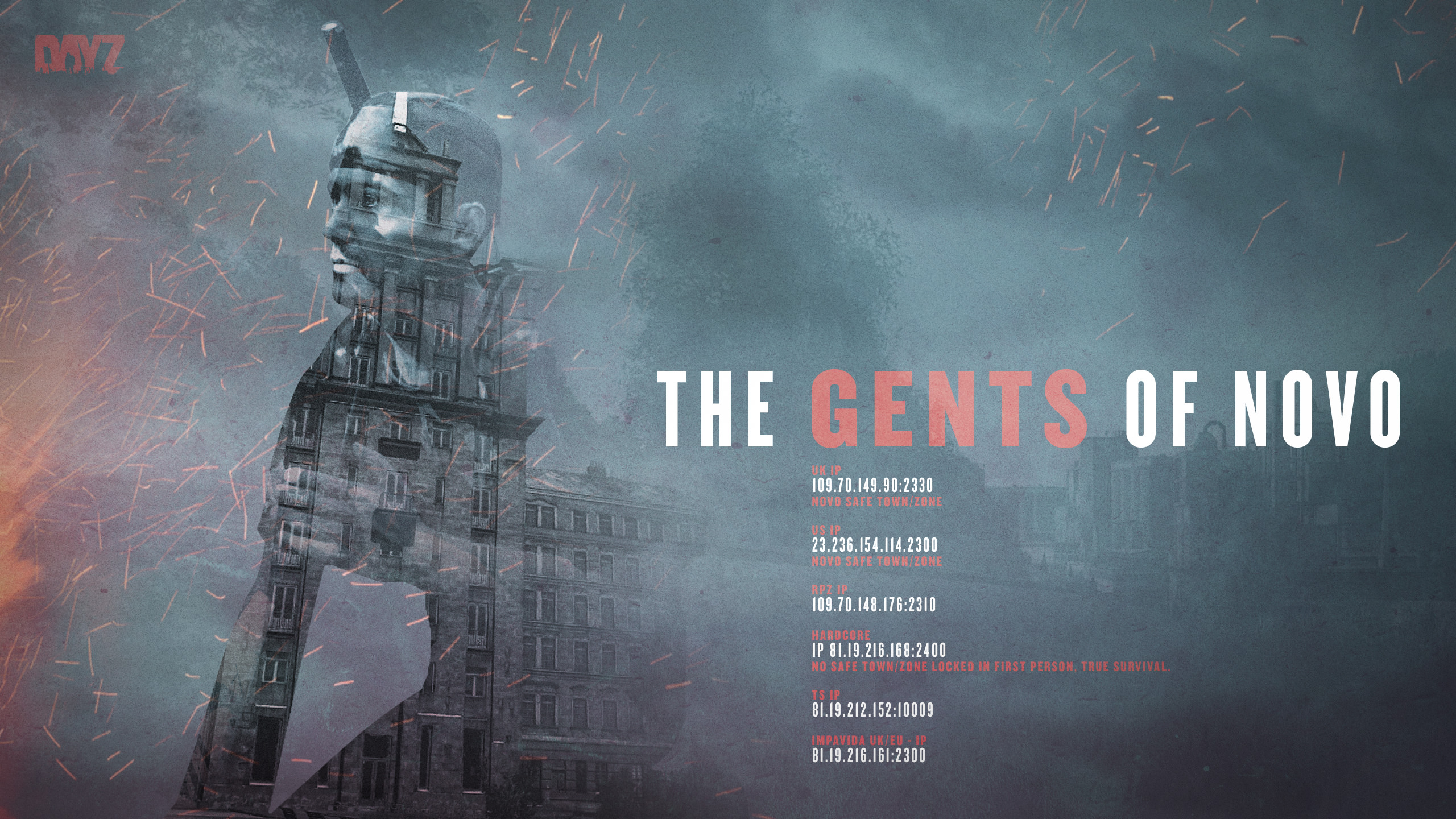 I found out some of you don’t trust us about the Xbox version build. But yes, we are really working on the console version, on both of them  –  Xbox One and PlayStation 4 too. Here’s a small teaser – hopefully, we’ll be able to show them in action soon, as both versions actually run pretty smooth! 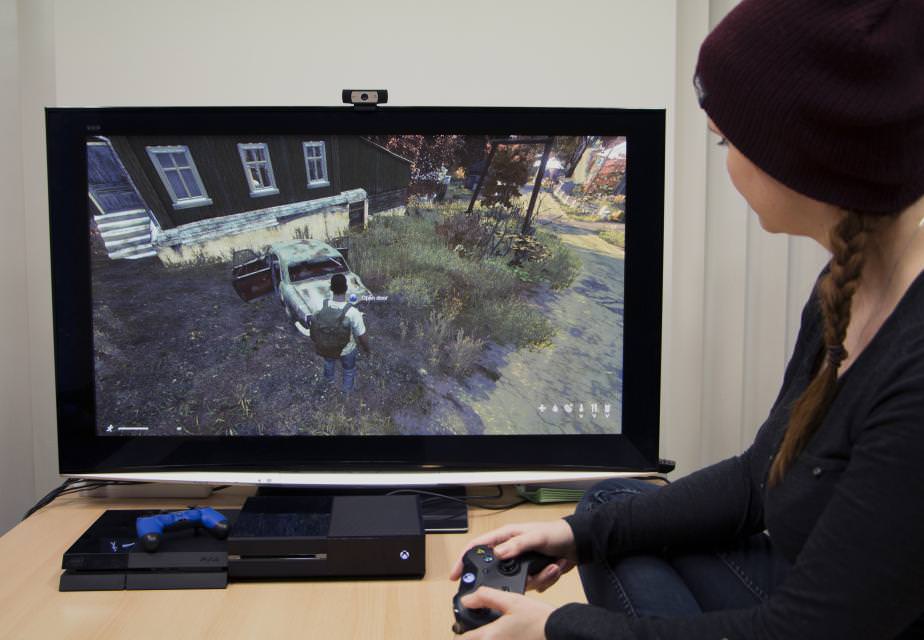 I have not seen such a well-done video for a long time. Uncuepa is talking about his vision of humanity in DayZ. He has a lot of interesting thoughts. What do you think about this system, do you like it?

This video has improved my day. I don’t know if the participants were forced to sing, but this is kind of a „Chernarus got talent“ episode. I love it, thank you for your work DuckyFTW!

Creator of regular DayZ Spotlights Boydy interviewed our map designer Adam „Sumrak“ Franců. You can find a small video sneak-peak of Namalsk inside and some info about modding and map changes. Enjoy!
https://www.youtube.com/watch?v=g1g3I75zXGk

No cinematic video this week.

Plonker made this cute Cartoony DayZ Turntable and showed it to us on Steam. And I am showing it now to you. 🙂 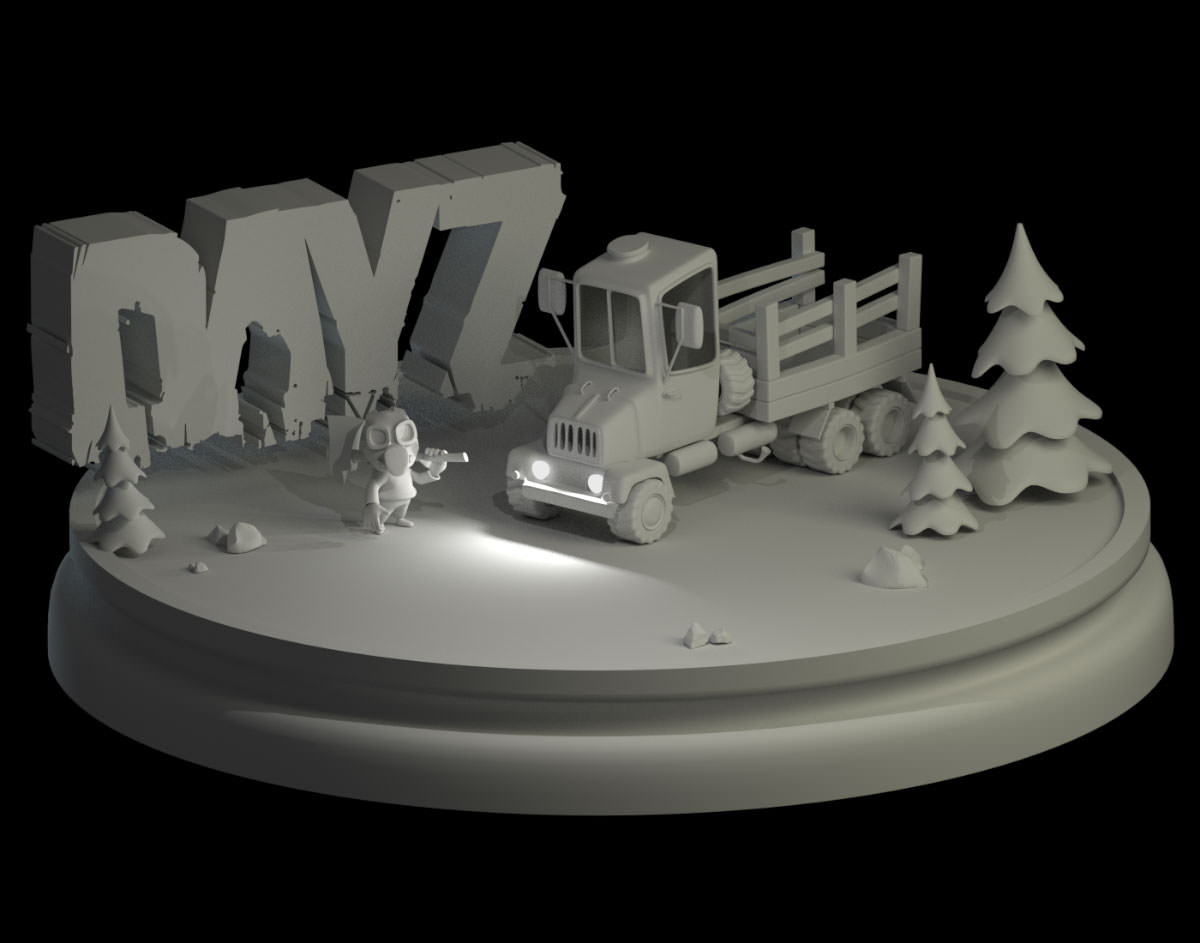 And as the last thing, we have the riddle again.
Who won last time?

This time is it a location from Adam again. So, do you know where is this house located? 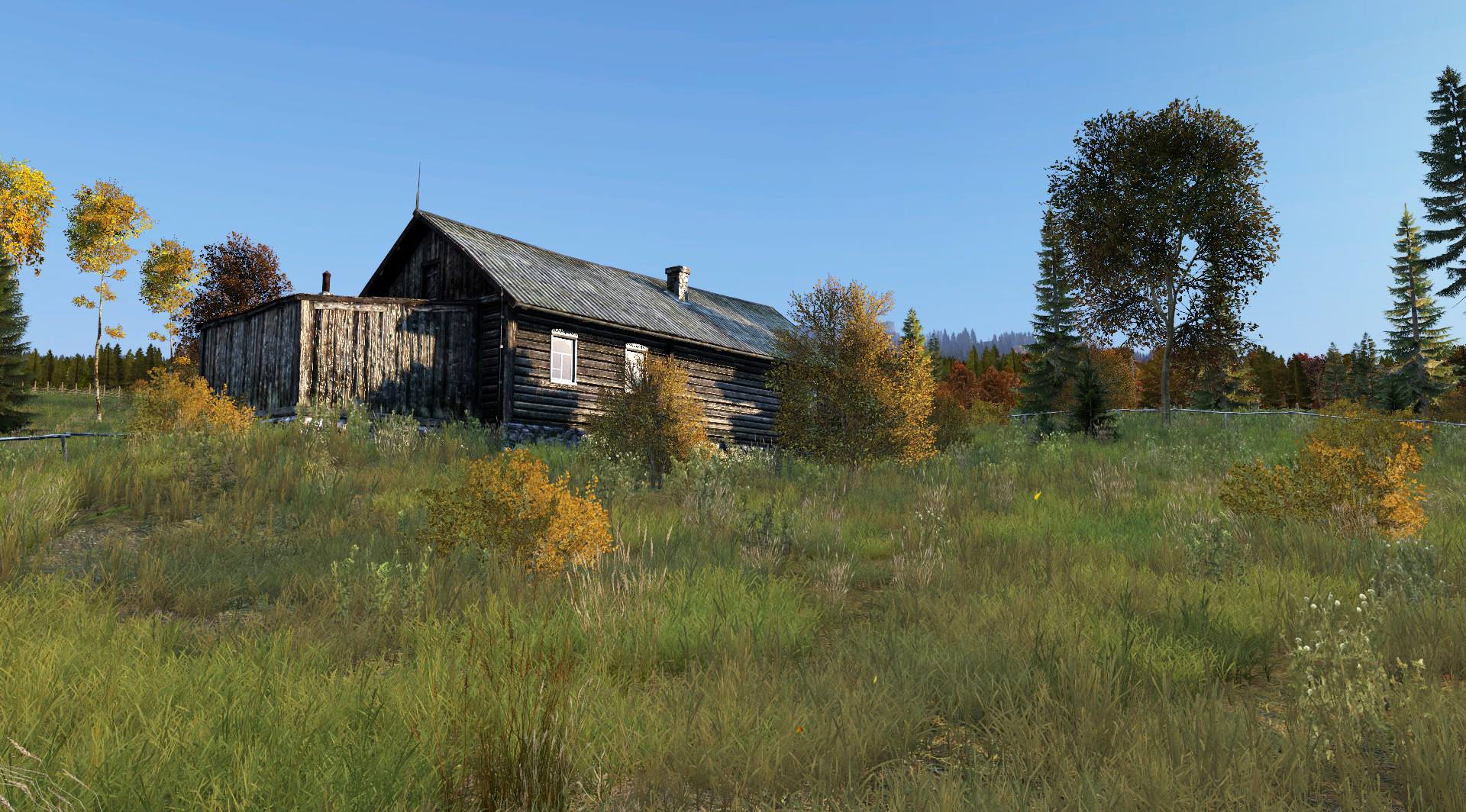 My part is so long again, but I am not sorry for it because it is from you and I love your work so much!

Also: did we just win or what? 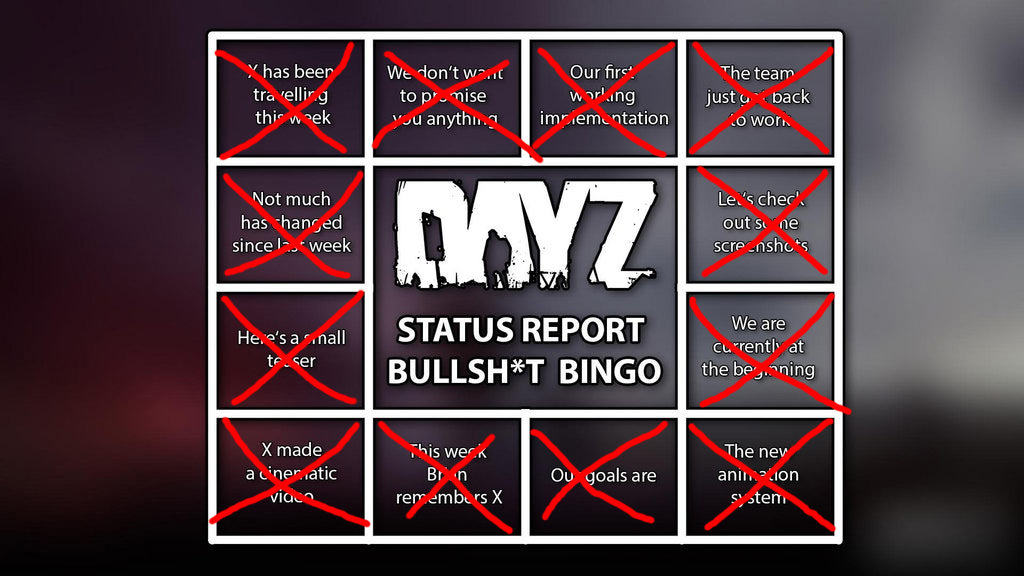